Tasting even a little of New York’s smorgasbord of cuisines takes you to the heart of this multicultural metropolis. 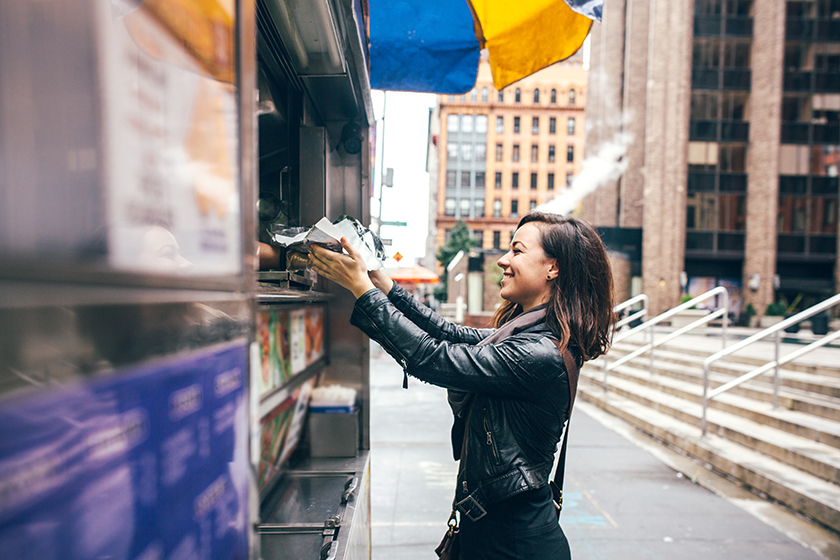 New York’s reputation as a culturally diverse city certainly extends to its culinary scene, offering every type of cuisine imaginable. Neighborhood bistros, noodle bars, and classic delicatessens—they’re all here. The creative melting pot has put its stamp on countless dishes, not just in the fusion cuisine from trailblazing chefs, but in the New York staples from Jewish immigrants. Food explorations here are incredibly rewarding, whether that means booking a Michelin-starred restaurant table or following the locals to a corner deli.

A taste of the neighborhoods

Life in the five boroughs is largely neighborhood-orientated and food is no exception. Queens residents recommend Astoria’s Greek restaurants, with as much passion as Harlem locals stand by their soul food. Start your journey through Manhattan with southern comfort food at the Upper West Side’s stylishly rustic Jacob’s Pickles (509 Amsterdam Avenue). It’s a short bus ride from Columbia University, so you’ll likely sit among students, while savoring buttermilk-fried chicken, biscuits drizzled with honey, hot pickles and more.

Across the Bowery, experience an authentic Italian American meal at Forlini’s Restaurant (93 Baxter Street)—located in Chinatown, due to the contraction of Little Italy. Enjoy a plate of spaghetti, chicken parmigiana, basil pesto gnocchi, or sautéed veal scallopini in the dining room or bar of this 80-year-old institution.

From there, it’s a straight shot over Williamsburg Bridge to the Brooklyn neighborhood of the same name, where dessert awaits at Milk Bar Williamsburg (382 Metropolitan Avenue). The bakery’s delectable cakes, cookies, and ice cream are mouth-watering, with seasonal specialties adding to the choice. Alternatively, head to the bright lights of Times Square, where Junior’s (1515 Broadway) serves the finest, creamiest New York-style cheesecake in town.

New York has developed its own distinctive versions of the world’s cuisines, as these culinary icons show. 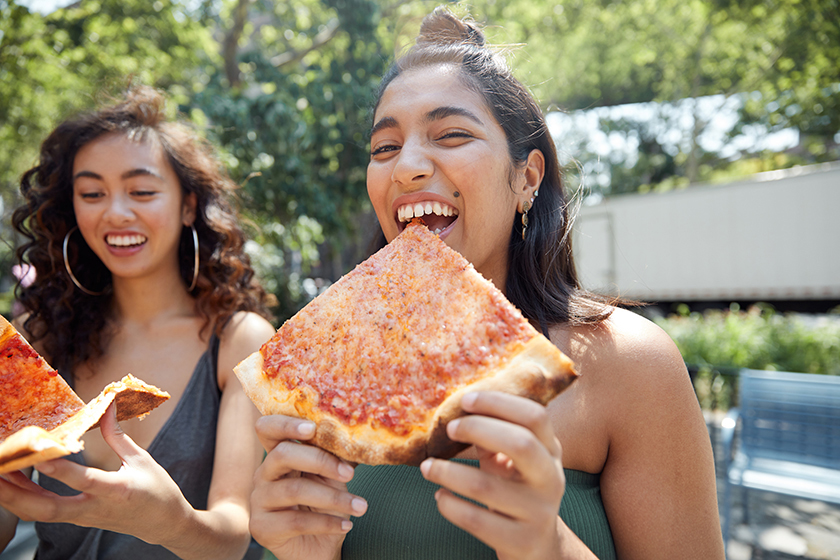 New York-style pizza It’s crispy along the edges, soft enough to fold, and topped with tomato sauce and shredded mozzarella. Enjoy a slice in a pizzeria or grab one to go. 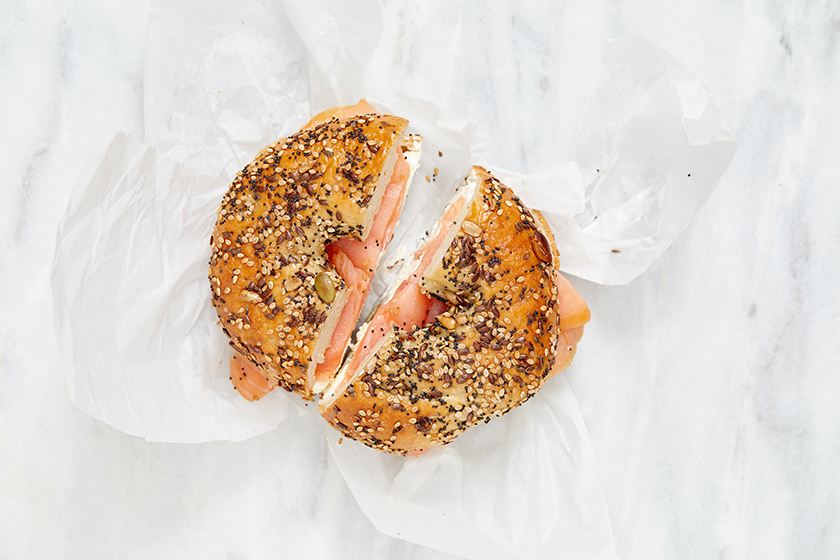 New York-style bagel These donut-shaped rolls have fueled New Yorkers since the 1800s and are best enjoyed with a schmear of cream cheese. 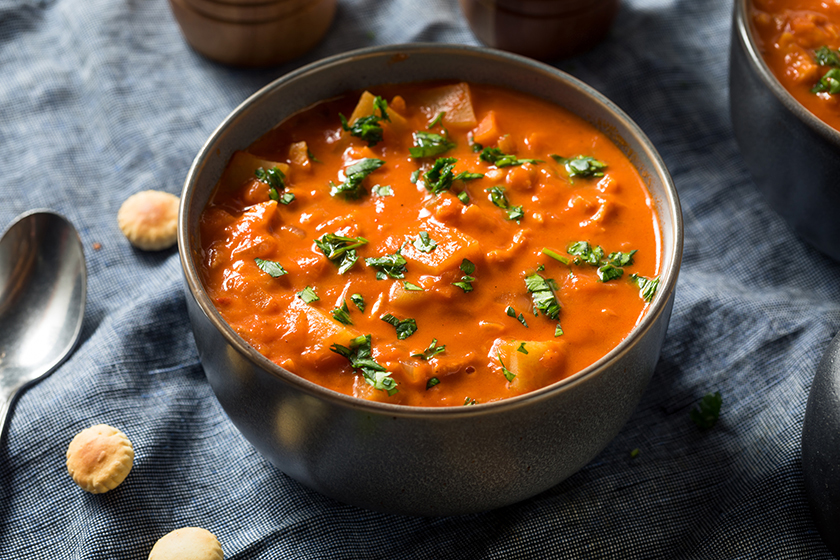 Manhattan clam chowder Warm yourself when the autumn breeze hits Central Park with this delicious soup, filled with clams, bacon, and vegetables in a savory tomato broth. 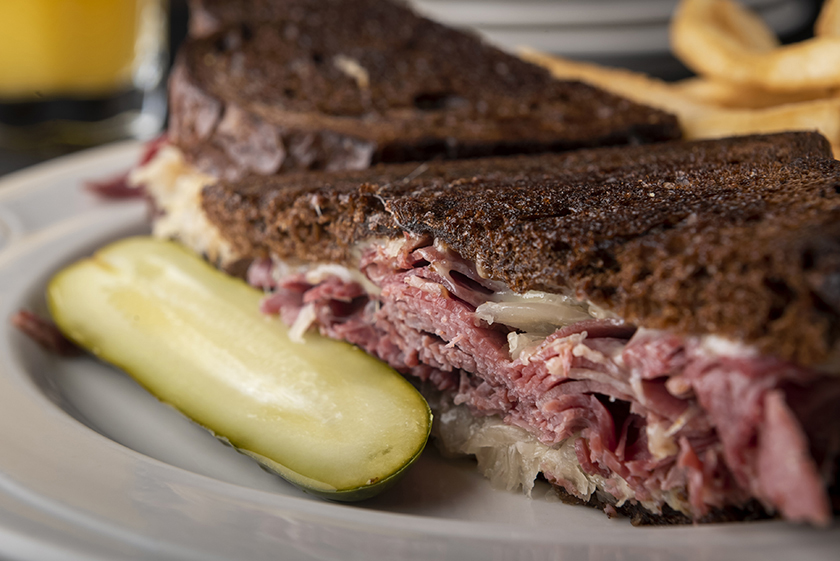 Pastrami on rye A thick sandwich of warm, hand-carved pastrami, this deli staple should be drizzled with yellow mustard and served with pickles on the side. 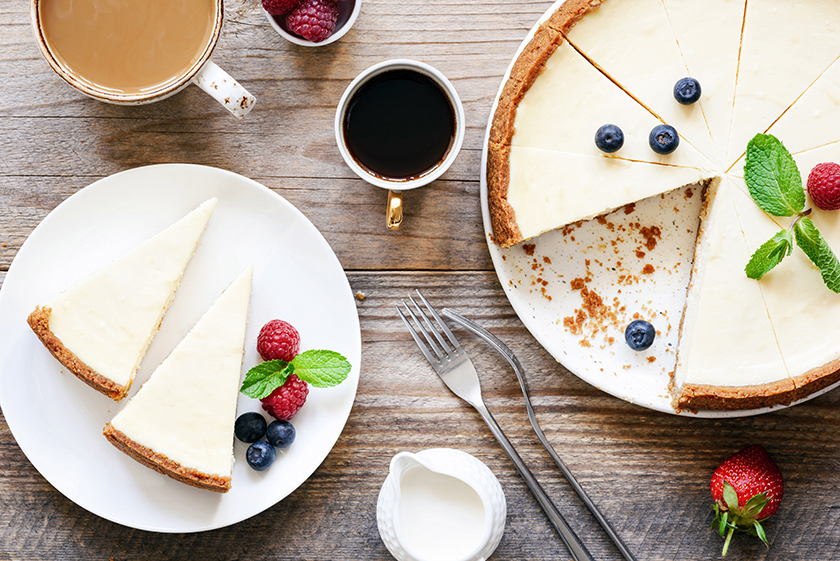 New York-style cheesecake Made with cream cheese, fresh cream, eggs, and a hint of vanilla, these velvety slices of dessert heaven can also be topped with fresh fruit and homemade purées.

A taste of the globe

New Yorkers enjoy one of the world’s most creative and varied fine-dining scenes, attracting celebrity chefs like Japanese-born Nobu Matsuhisa of Nobu Fifty Seven (40 W 57th Street). The first Nobu restaurant opened in Tribeca in 1994, a joint venture with Robert De Niro, and this Midtown branch is a stylish spot to experience signature dishes like black cod with miso.

There are almost as many sushi restaurants with Michelin stars in New York as there are lights in Times Square, and you can taste the city’s Asian flavors at the shophouse-style Pure Thai Cookhouse (766 9th Avenue), offering flavorful dishes of lemongrass and handmade noodles in Hell’s Kitchen, and in the bao buns and ramen served at the counter of Momofuku Noodle Bar (171 1st Avenue) in the East Village.

For further proof that your culinary dreams can come true in New York, check out K.Rico Steakhouse (772 9th Avenue), which serves South American-style steaks cooked to perfection in Hell’s Kitchen, and Burger & Lobster (39 W 19th Street), which serves wild Atlantic lobsters and prime cut burgers. Even going out for a curry can be a gastronomic experience in the Big Apple, thanks to restaurants like Tamarind (99 Hudson Street), with its fine-dining menu of authentic Mughlai dishes.

These stars of the Manhattan restaurant crowd will give you a taste of the Big Apple’s trendsetting fine-dining scene.

Seasonal impressions at The Modern

Led by French chef Eric Ripert, this Michelin-starred and The World’s 50 Best Restaurants-listed spot is universally regarded as the best seafood restaurant in New York. Pristine fish dishes are prepared in a French style that acknowledges the classics, but finds inspiration from around the world. Reservations are a must.