The New York experience is as diverse as its 8.8 million residents. When it comes to food, fashion, theater, art, and music, the Big Apple has few rivals on the world stage. We’ve highlighted a few of our favorite places, all of which offer a fascinating route to exploring this ever-changing city.

Gallery-hop your way through Chelsea 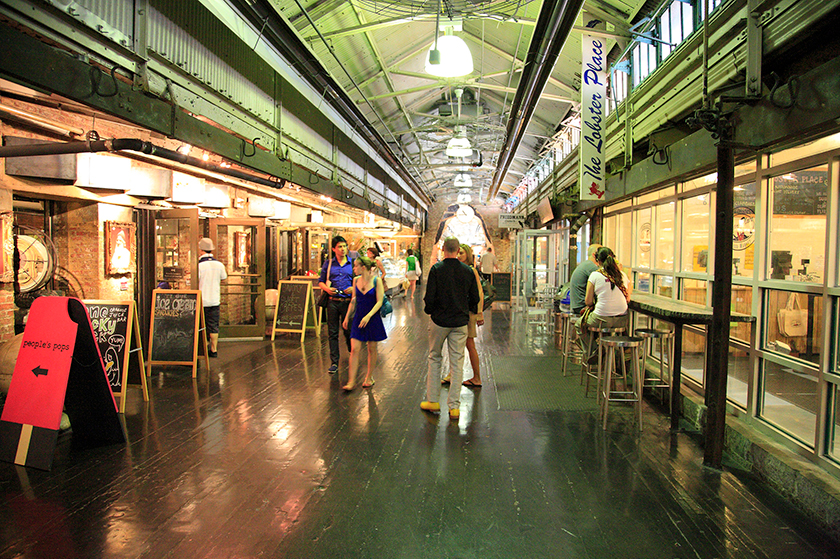 Chelsea has long been an epicenter of the modern art world, with works by famed artists and rising talents around every corner. While exploring the neighborhood’s galleries, there are many places to break for lunch or dinner. The Chelsea Market is packed with appealing restaurants, including Cull & Pistol Oyster Bar, which serves an excellent Maine lobster roll. chelseagallerymap.com

Insider tip: Get there by strolling up the High Line, a former elevated railway turned green space, with Hudson River views and public art installations along the way.

Take in an avant-garde exhibition at the MOMA

If you have time for just one museum in New York, make it the MoMA, which houses one of the greatest art collections in the world. Unmissable works include Van Gogh’s Starry Night, Picasso’s Les Demoiselles d’Avignon, and Chagall’s I and the Village. A 2019 expansion vastly increased the gallery space, so you’ll need a solid plan of attack to make the most of your visit. moma.org

Insider tip: Plan your gallery-going around a meal at The Modern, a Michelin-starred restaurant overlooking the sculpture garden. 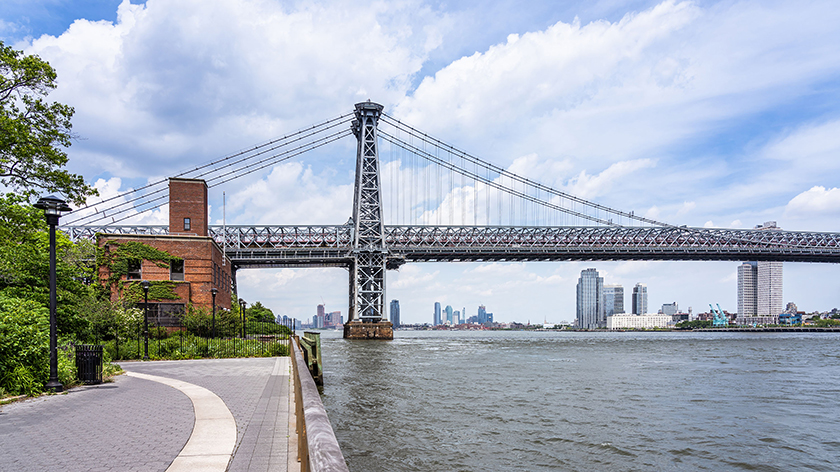 Hop across the East River for a journey through Williamsburg, filled with cafés, indie boutiques, and stylish bars. While big-ticket sites are few, you can discover plenty of hidden gems in this trendsetting neighborhood. Treat yourself to a mouthwatering dessert at Milk Bar Williamsburg, go for a stroll through leafy McCarren Park, and end the day with Manhattan skyline views from the John V. Lindsay East River Park.

Insider tip: Plan to visit on a Saturday, when you can catch Smorgasburg, an open-air food market with dozens of vendors that set up in the Marsha P. Johnson State Park.

Enjoy the views of the Brooklyn Bridge from Dumbo 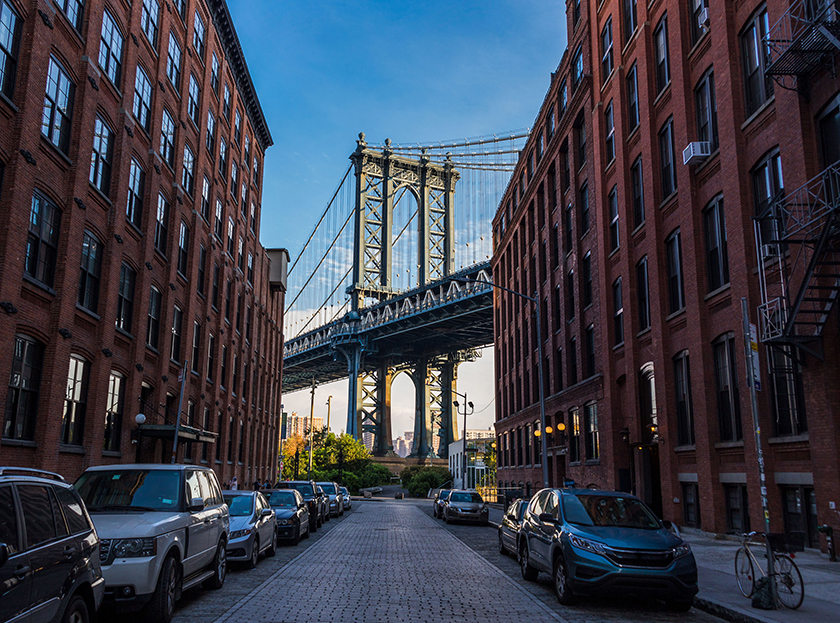 Thanks to its cobblestone streets and sweeping views of Lower Manhattan, Dumbo is one of Brooklyn’s most photogenic districts. Its 19th-century waterfront warehouse has been converted into a shopping center with a rooftop beer garden and one of New York’s best food halls—the sprawling Time Out Market New York. Dumbo is also the gateway to the Brooklyn Bridge Park, a favorite spot for picnickers, strollers, and cyclists. dumbo.is

Insider tip: Skip the traffic and packed subway cars by taking the NYC Ferry to Dumbo. It’s a quick trip from Wall Street, and you can also continue up to Williamsburg.

Get lost in the picturesque lanes of the West Village 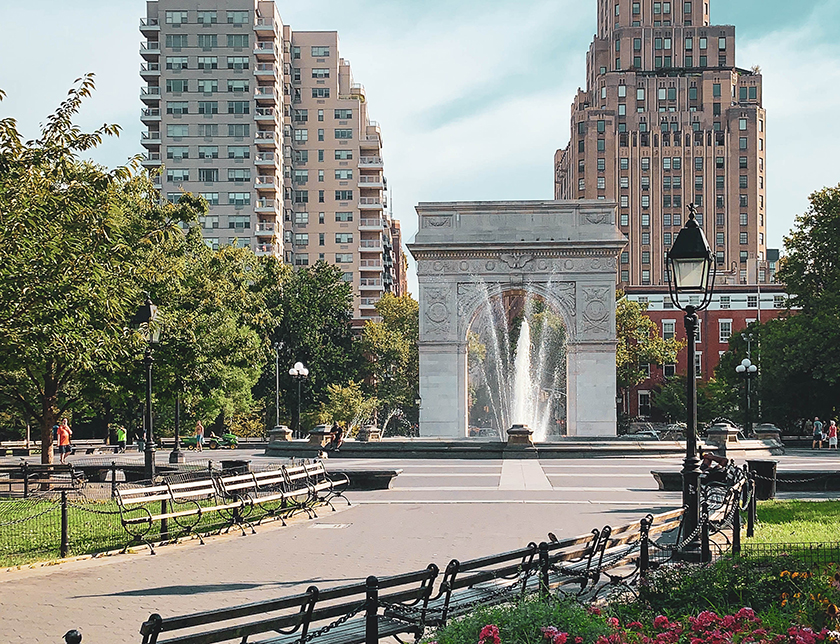 Filled with tiny parks and tree-lined streets leading past Federal-style townhouses, the West Village feels like a quiet hamlet in the middle of the city. While wandering around this iconic neighborhood, be sure to visit Washington Square Park, an inviting green space surrounded by classic brownstones.

Insider tip: In the nearby Hudson River Park, you’ll find Little Island, with gardens and an amphitheater that opened to much acclaim in 2021.

When European immigrants started arriving in New York City in the late 19th Century, many of them settled in the Lower East Side. The Tenement Museum gives insight into the way people lived by taking visitors on guided tours through two historical tenement buildings. These meticulously researched tours focus on the lives of immigrants from Germany in the 1880s, Russia in the 1910s, and Italy in the 1930s. tenement.org

Insider tip: The Lower East Side still has some top ethnic eateries, including Russ & Daughters Café, which is famous for its lox and bagels (127 Orchard St, New York).

Spread across 16 acres in the Upper West Side, Lincoln Center showcases a stellar line-up of opera, symphonic productions, film screenings, and more. During the warmer months of July and August, you can catch outdoor events by the fountain. Don’t pass up a chance to see the New York City Ballet, which offers a mix of classic and cutting-edge performances. lincolncenter.org

Insider tip: For a pre-performance meal, the nearby Masseria dei Vini specializes in seafood and home-made pastas from the southern Italian region of Puglia.

Take the A train to the Middle Ages 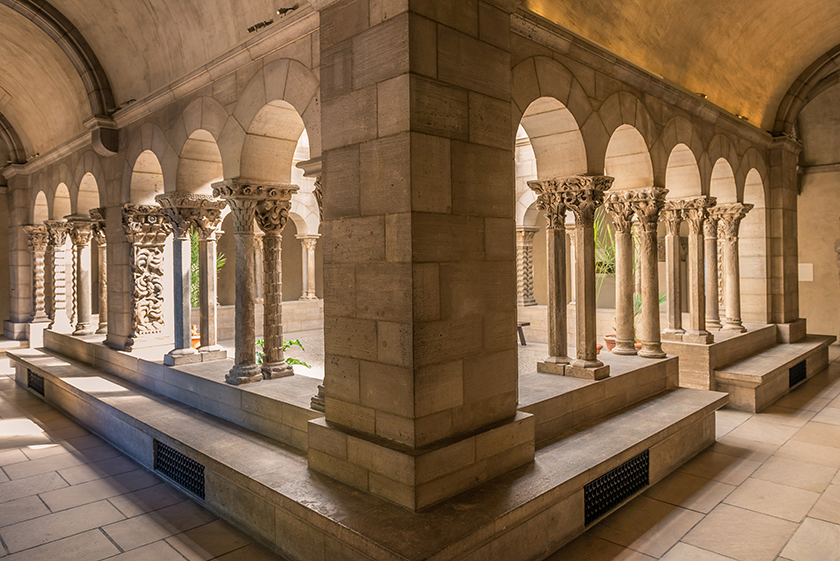 Located on a hill overlooking the Hudson River, The Met Cloisters feels like a world removed from the bustle of Midtown. The museum features an impressive collection of centuries-old treasures, including illuminated manuscripts, vivid stained-glass panels, and a highly regarded Flemish tapestry series, entitled The Hunt of the Unicorn. metmuseum.org/primer/met-cloisters#journey-begins

Insider tip: Leave time to wander the Cloister Gardens, which contain plants used for medicine, food, and magic during the Middle Ages.