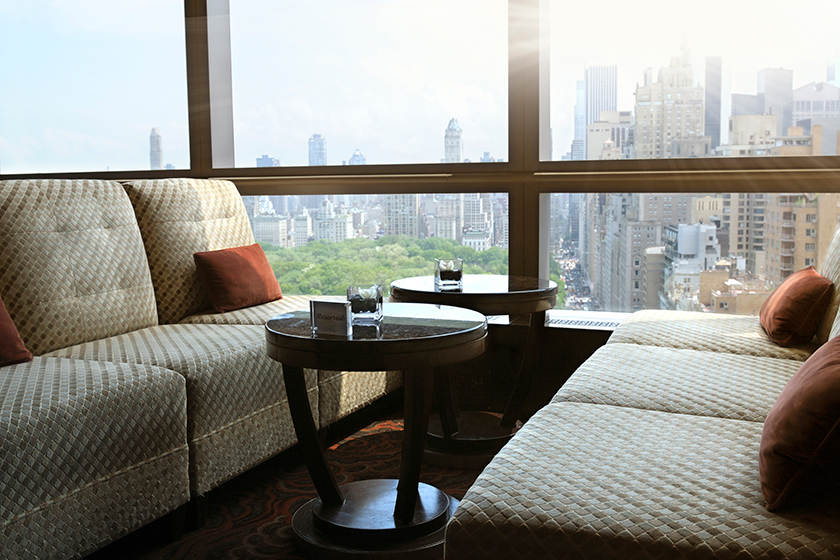 New York’s hotels tell the city’s many stories, and these renowned Manhattan spots have strong personalities.

The Big Apple’s hotels witness the dreams of those who arrive in search of fame and fortune, some upgrading to penthouses with breathtaking views of the city, while others check into pilgrimage sites for musicians and artists. The choices are wider than the five boroughs, so take your pick from the many facets of New York as reflected by the city’s hotels.

Gilded grandeur at The Plaza 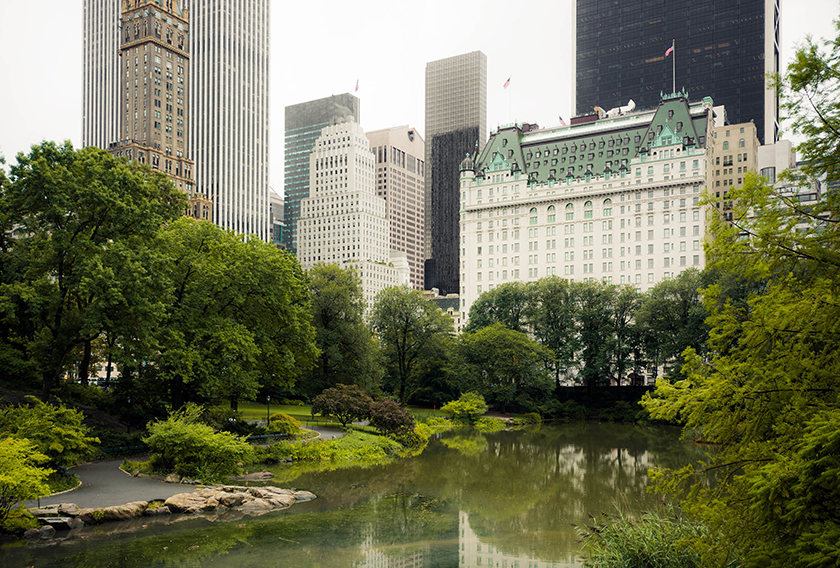 Located across from Central Park on Fifth Avenue, this hotel has been at the top of New York’s hospitality scene for over a century. Stunning ballrooms, luxurious amenities, and elegant suites deliver an exceptional experience. Featured in dozens of films and television shows over the years, The Plaza has made refinement an art form. In addition to the guest rooms that offer panoramic views of the city, the suites cement the hotel’s international reputation with extravagant features and private terraces.

Minutes from SoHo and the East Village, this landmark hotel acquired its reputation as an A-list venue when Humphrey Bogart got married on the roof, and its cultural swagger only increased when The Rolling Stones lived there in the 1960s. Other iconic guests include Bob Dylan, The Beatles, and Bob Marley. In 2006, Julian Schnabel re-imagined the hotel with vibrant colors and baroque furnishings. Most striking is the modern art displayed throughout the public spaces and guest rooms.

Neighborhood charm at The Greenwich Hotel

One of the city’s most popular residential areas, Tribeca is both a respite from the bustle of nearby SoHo and a draw for high-profile New Yorkers. Robert De Niro’s The Greenwich Hotel reflects the neighborhood’s charm with bold interior design, a stunning drawing room, and a picturesque courtyard. Centered on a lantern-lit swimming pool beneath a farmhouse roof, the hotel’s Shibui Spa takes its name from the Japanese concept of uncomplicated, grounded beauty. The rooms and suites range from a courtyard-facing room with an extra-deep bathtub, to the TriBeCa Penthouse next to a rooftop garden.

Welcoming guests since 1902, this Midtown Manhattan hotel has always been popular thanks to its proximity to the Theater District. James Dean lived here in the early 1950s, and it’s also where The Clash wrote their 1982 hit single “Rock the Casbah.” Designed by architect Harry Mulliken in his trademark Beaux-Arts style, the building also once housed the office of the National Council of the Arts, Sciences and Professions. Today, the hotel offers premium rooms and suites within walking distance of Times Square, Fifth Avenue, and Bryant Park.

Insider tip: For something more substantial than the small plates served by the hotel’s Lantern’s Keep bar, head straight down W 44th Street for some pasta, seafood, or steak at Carmine’s Italian restaurant.