From stellar street food vendors and neighborhood tapas bars to the molecular gastronomy of Michelin-starred restaurants and modern Catalan-Asian fusion restaurants, Barcelona has something for everyone. 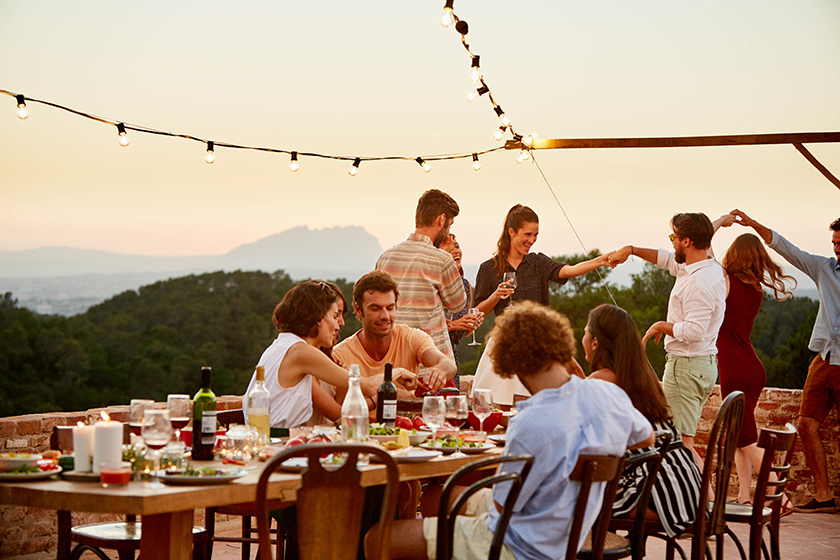 It’s not a stretch to say that few cities in the world can consistently compete with Barcelona’s culinary prowess. Food is that inseparable from the city and its people. And now, more than ever, is the perfect time to take in the culture of the city—both figuratively and literally.

No dive into Catalonian cuisine is complete without a nod to Spain’s most iconic culinary staple: tapas. In fact, Catalan tapas are as much a part of Barcelona’s DNA as Gaudi’s architectural masterpieces. You can indulge in these delicious bite-sized treats for a quick midday snack or even during dinner. Pair this classic with a refreshing glass of sangria or delicious wine and you’re well on your way to a memorable evening. And while the city’s tapas scene has evolved into a highly sophisticated culinary movement, many of the best tapas can still be found in deceivingly simple spaces.

One such classic would be Cal Pep (Plaça de les Olles, 8, 08003 Barcelona). This no-frills space is open to everyone. Just pull up a chair at the bar and order an enduring favorite: chef Josep ‘Pep’ Manubens Figueres’ flavorful Spanish tortilla—arguably the best in Barcelona.

For traditional tapas with more of a creative twist, head to another staple, Can Boneta (Carrer de Balmes, 139, 08008 Barcelona), where you can try vibrant dishes such as strawberry gazpacho, aubergine tartare with romesco green sauce and smoked sardine, and red prawn ravioli with pickled wild mushrooms and pine nut vinaigrette. 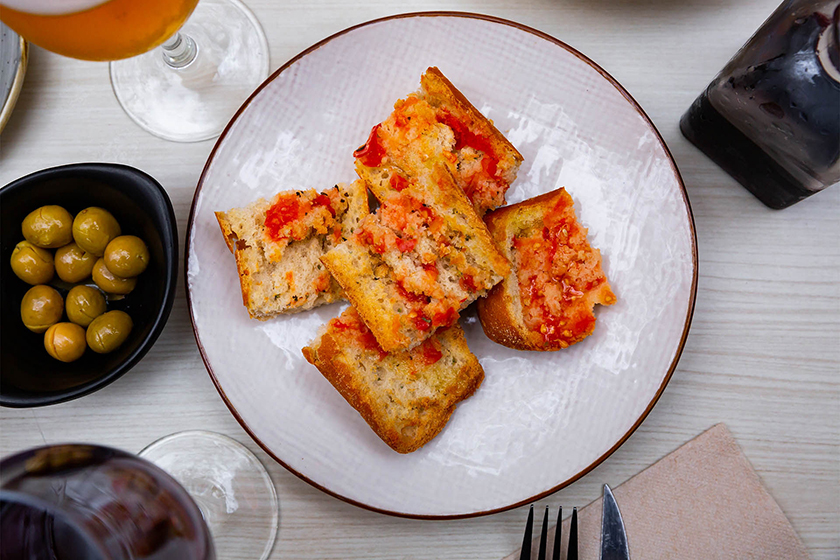 Catalonian food is proof that simple is often best. With no shortage of farm-fresh, high-quality produce being expertly turned into flavorful creations, plant-based dishes tend to steal the spotlight. Take the humble pa amb tomaquèt for example.  Simply known as “bread with tomato,” this popular side dish is made with a crusty bread known as pan de payés, rubbed with overripe tomato (and sometimes garlic), and doused in fragrant olive oil and a sprinkle of salt. Simple but delicious—this meal serves as the perfect accompaniment to jamón ibérico. Here are some of our other favorites:

Invented in a small restaurant in the fishermen’s neighborhood of La Barceloneta, this popular tapa is rich in both history and flavor. Expect a small ball of mashed potato and meat, breaded, and deep-fried then topped with aioli and spicy tomato sauce. 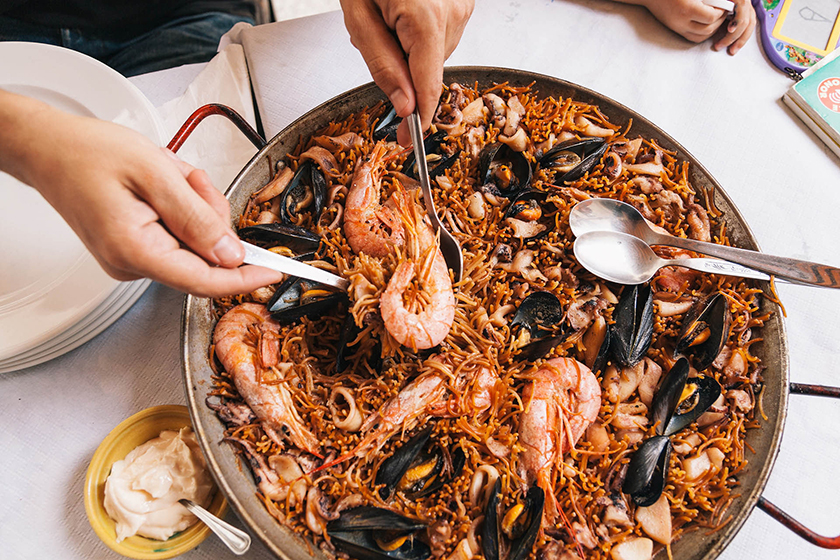 One of the most popular Spanish dishes of all time, paella is omnipresent in Barcelona, but locals prefer a special variant made with noodles instead of rice, known as fideuà. This dish is cooked in the same iconic pan and garnished in the same way as a traditional paella, only it’s served with a slightly softer texture. Try it in any one of the many excellent restaurants found in La Barceloneta.

This authentic Catalan salad is made with bacalao (dried and salted cod) and served with traditional romesco sauce, tomatoes, onions, and black olives. Fresh and zesty, it’s the perfect summer dish.

A mix between a spring onion and a leek, these unusual alliums are native to Catalonia. Locals celebrate their arrival at the end of winter with lively street barbecues where these sweet onions are grilled together with various meats and paired with fresh romesco sauce. Make sure to also seek them out at the Boqueria, Barcelona’s oldest and most famous market. 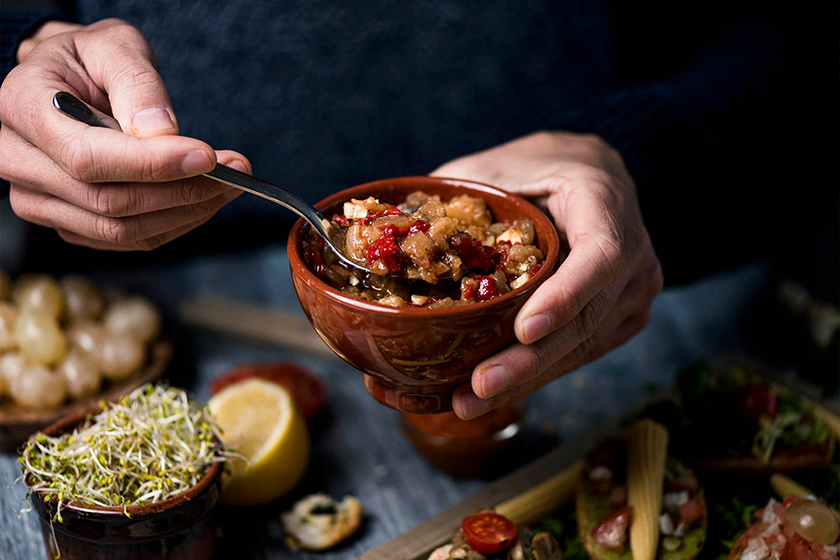 This simple yet flavorful dish is made by grilling aubergines, red peppers, and onions over an open wood fire until charred, and then serving them on toasted bread with lashings of quality olive oil, garlic, and salt—with anchovies often added for a special kick.

Present-day Catalan cuisine is defined not only by its rich heritage of merging different styles and influences, but also by its history of chefs and their restaurants that are celebrated around the world.

And then there’s the highly successful chef trio of Oriol Castro, Mateu Casañas, and Eduard Xatruch, who all held senior positions at El Bulli. Now, they’re creating their own culinary magic at their two-Michelin-starred restaurant Disfrutar (Calle de Villarroel, 163, 08036 Barcelona)—currently sitting comfortably at number nine on the World’s 50 Best Restaurants list. The chefs’ playful tasting menus are pure performance, and while they no doubt owe a lot to El Bulli, their flawless execution and innovative presentation put them in a league of their own.