Dive into the Catalan capital’s thrills along the monument-packed route of its lively spring marathon.

From awe-inspiring Modernista architecture to the Mediterranean’s golden shores, the Zurich Marató Barcelona is a 42km-long springtime spin in early May, taking in everything that’s irresistible about Catalonia’s capital. Originally held back in 1978 in Palafrugell on the Costa Brava before relocating to Barcelona, it’s Spain’s first official marathon. Here’s a taste of the many highlights along the race route. 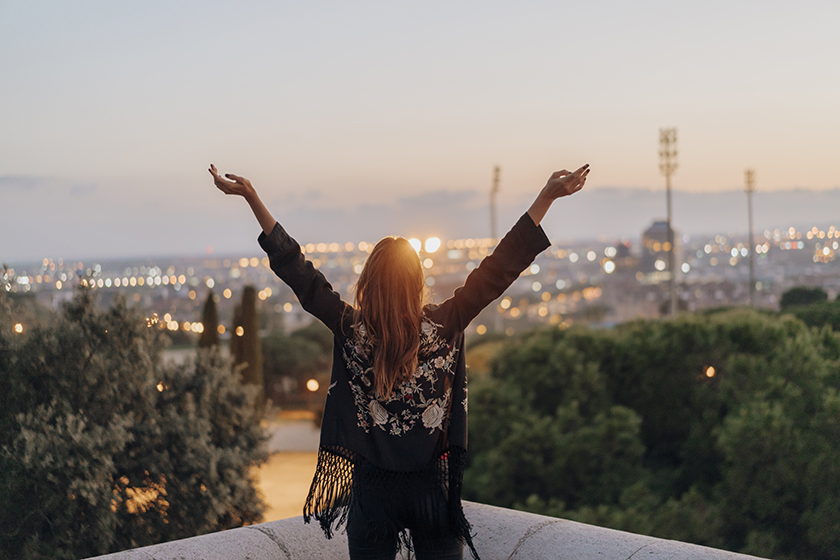 From Plaça d’Espanya, at the foot of Mount Montjuïc, head west to the city’s beloved Camp Nou. Built in the 1950s, this staggeringly enormous stadium is home base for one of Spain’s top football teams, the legendary FC Barcelona. If you haven’t bagged a sought-after match ticket, tours of the almost-sacred grounds include the 100,000-person stadium, dressing rooms, and a wonderfully interactive museum. 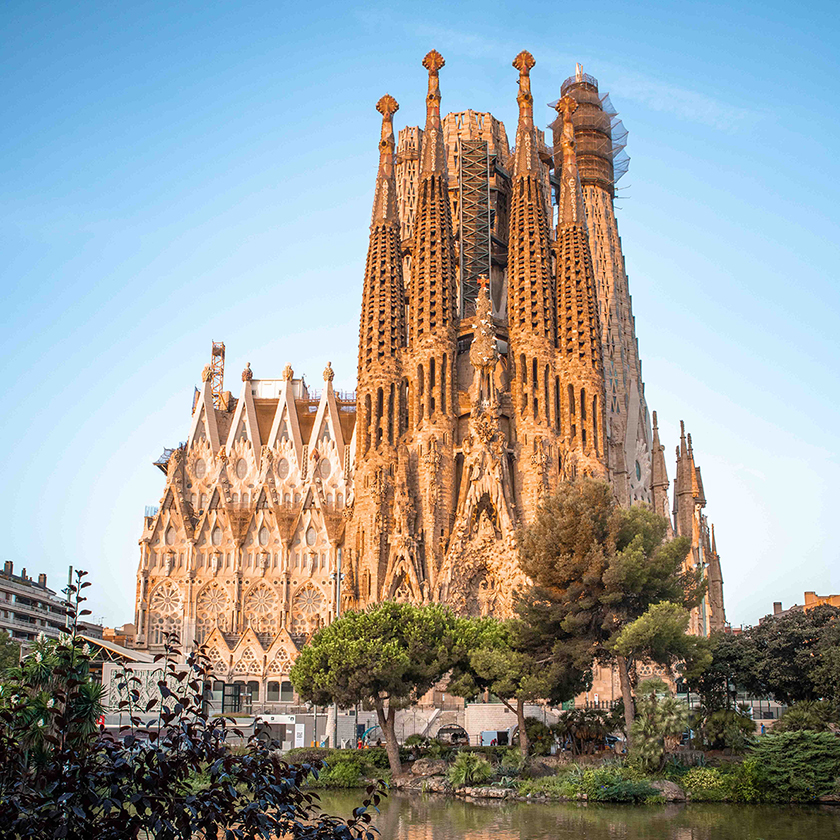 At the heart of the route lies some of Antoni Gaudí’s most inspired creations. Overlooking Passeig de Gràcia, Casa Batlló is a swirling 1906 beauty of an apartment complex crammed with classic Gaudían design (flowing lines, hyperboloid arches, trencadís tilework) and topped by a dragon-inspired roof. But for most, the UNESCO-listed and as yet unfinished Sagrada Família is the pinnacle of Gaudí’s work, a wondrous sky-spiraling church modeled on the natural world, with intricately sculpted facades and towers, whose journey began back in the 1880s. Make sure you prebook tickets to skip the line.

Designed by the French architect Jean Nouvel, the bullet-shaped Torre Glòries skyscraper looms high above the post-industrial Poblenou neighborhood, and its 38th floor dome has been transformed into a 360º viewing platform. The building lights up at night when its 4,500 glass panels are illuminated. Creative cafes, art galleries, tech-industry hangouts, and design stores dot the surrounding streets, while Poblenou’s traditional tree-shaded rambla is lined with Modernista buildings that leads down to a strip of golden beach filled with lively sea-view restaurants. 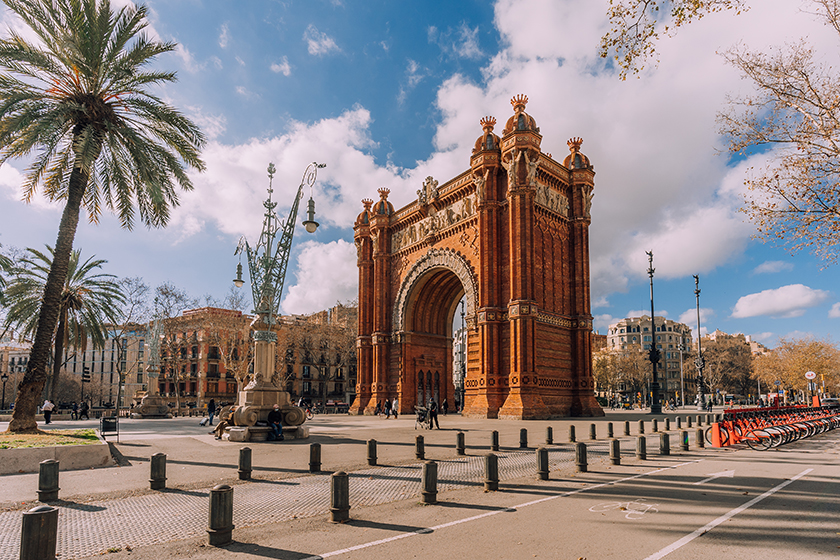 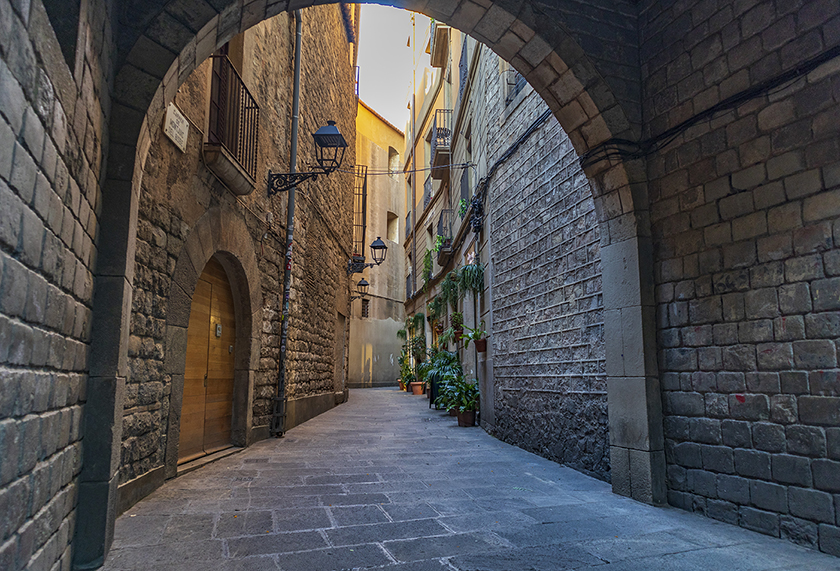 Barcelona’s ancient soul revolves around the narrow, cobbled lanes of the evocative Barri Gòtic (Gothic Quarter), which sprawls around the spectacular Cathedral of the Holy Cross and Saint Eulalia, a jewel of Catalan Gothic architecture. Dating from Roman times, this area is a joy to explore, particularly around the old Jewish El Call area, and has some inspired traditional shops, such as the espadrille haven La Manual Alpargatera.

With its wealth of green spaces, a pristine view of the Mediterranean coastline, and more than 2,500 annual hours of sunshine, Barcelona is a delight for runners and joggers.

Carretera de les Aigües
Join the Barcelonians for an escape-it-all jog along this 10km unpaved track, which clings to the slopes of the Collserola hills with views cascading across the city to the Mediterranean.

Barcelona’s seafront
Soul-stirring coastal panoramas (particularly at sunset) fuel runners along the palm-studded seafront promenade from the sail-like W Barcelona hotel to the up-and-coming Poblenou. It’s 5km one-way, with an optional 2km add-on to El Fòrum, where you can go swimming off the steps.

Montjuïc Mountain
Some of the city’s most unforgettable sights are dotted across Montjuïc, which hosted the 1992 Barcelona Olympics. Sprawling urban views, fragrant gardens and plenty of stair climbs make for a scenic, challenging workout.

Parc Fluvial del Besòs
Flanking the Besòs River, this 284-acre park on Barcelona’s northeast fringes is the result of a years-in-the-works regeneration project, with 5km open for running, as well as cycling, strolling, and dog-walking.