A Tonic of Wilderness in Croatia

From the warmth of the Adriatic coastline to the forested peaks of its highest mountains, we pick the best of Croatia’s remarkable national parks, plunging you straight into untouched wilderness.

Known for its pristine pebble beaches, red-roofed historic towns, and famous filming locations, Croatia is a favorite for an unforgettable vacation. Lesser known, however, are the country’s eight national parks, which offer some of the region’s best hiking, swimming, and nature photography, packed into picturesque pockets of heaven on earth. Here are five must-visit national parks to add to your Croatian adventure, and don’t hesitate to contact us to arrange a tailor-made itinerary of flights, hotels, exclusive on-the ground experiences, and more.

Best for an all-round exploration of the country’s most iconic waterfalls on easy walking trails with waterside views.

Shimmering turquoise and aquamarine waters, cascading waterfalls, and lush forests, Plitvice Lakes National Park is easily one of Croatia’s first-rate bucket list items. The oldest and largest national park in Croatia, it was named a UNESCO World Heritage Site for its delicate travertine waterfalls, step-like geological formations that created 16 lakes out of a single water system. There are several ongoing conservation efforts here that aim to protect and explore the park’s biodiversity, which includes over 300 identified species of butterfly.

Insider tip: Don’t let the low winter temperatures deter you. Between December and March the park turns into a wonderland of frozen waterfalls and brilliant white forests without the summer crowds, plus you’ll get to enjoy skiing on gentle slopes at the park’s Mukinje Ski Resort. 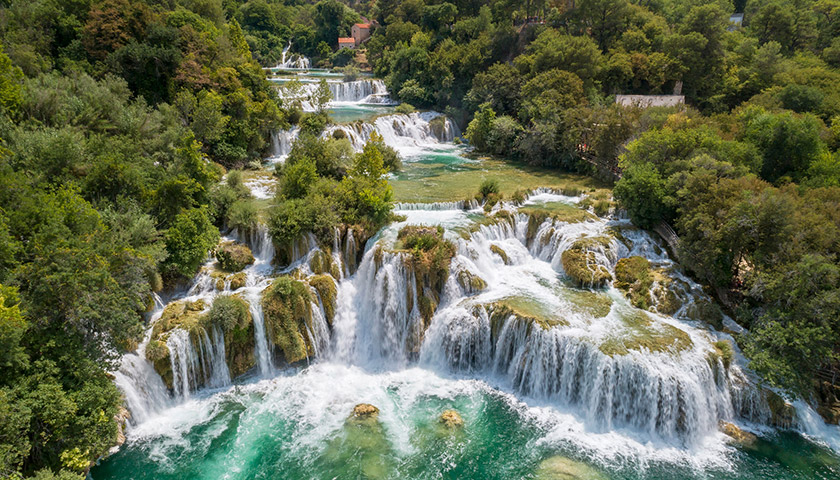 About halfway between Zadar and Split, Krka National Park is an idyllic stopover on your tour of Croatia. Named for the river that runs its length, the park comprises seven travertine waterfalls with a total drop altitude of nearly 800 feet. Here, archaeological heritage is just as prevalent as the park’s rich biodiversity, the crown jewel being the recently discovered Burnum, a well-preserved Roman military camp and the only military amphitheater in Croatia which dates back to the 1st century AD. Make sure to stop at Visovac island with its 15th century monastery and church located in the center of the river and accessible by one of the park’s many guided boat tours.

Insider tip: There are 240 miles of family-friendly cycling routes featuring sprawling views of the Krka River and its many historical sites, so you’d do well to rent a bicycle from nearby Skradin.

Best for experiencing one of Europe’s most sought-after climbing destinations.

With more than 500 equipped routes of varying difficulties and lengths, it’s no wonder that Paklenica National Park has become a go-to for climbers of all ages. Climbing to the top of the park’s two highest peaks Vaganski vrh and Sveto brdo will take you over 5,700 feet above sea level for unparalleled views of the Paklenica Riviera. The park’s abundance of flora and fauna (including 1,000+ species of plants) are a draw for nature photographers looking to capture Croatia’s diverse natural beauty.

Insider tip: Lugarnica Forest Cottage is a pleasant spot to rest, just off the main hiking trail and about 2.5 miles from the parking lot. The cottage serves a simple but hearty menu, including Turkish coffee, bean soup, and traditional sausages, but be sure to bring cash as cards are not accepted. 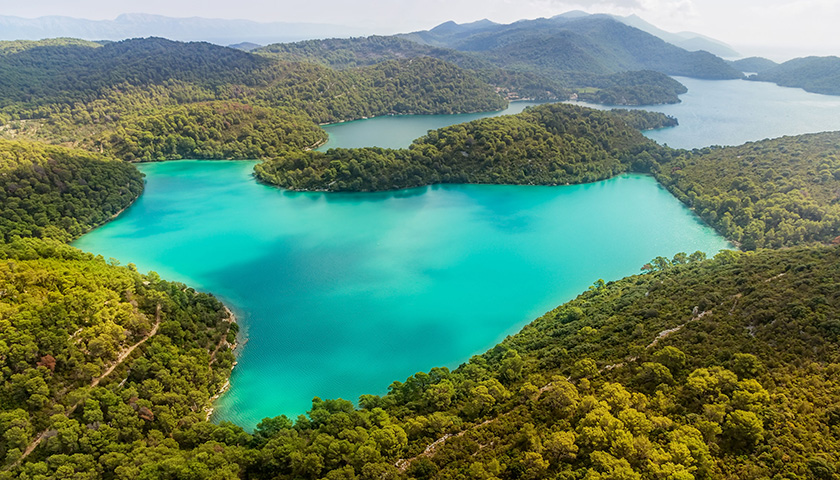 Best for a relaxing day of swimming and water sports such as kayaking, canoeing, diving, and snorkeling.

Located on Mljet Island in the Adriatic Sea where Ulysses was famously held captive in Homer’s Odyssey, Mljet National Park is only a short ferry ride off the coast of Dubrovnik or Pelješac (the crossing from Split is a little longer). With its untouched forests and unusually warm and salty waters in Veliko Jezero and Malo Jezero that are perfect for swimming and water sports, the park is home to a variety of fauna, including the beech marten, Herman’s tortoise, and fat dormouse. Make time to visit the Isle of Saint Mary in Veliko Jezero which features a 12th century Benedictine monastery.

Best for some of the best nature photography in Croatia, owing to a wealth of diverse flora, such as the rare and endangered edelweiss.

You’ll find Risnjak National Park in Gorski Kotar, the most mountainous and forested region in Croatia. It lies at the meeting point of coastal and continental vegetation zones, resulting in highly diverse flora that’s ideal for nature photography. With many paths of varying difficulties, you can hike to the Risnjak peak at 5,013 feet for uninterrupted views of the Adriatic Sea, or meander along the mysterious Kupa River, the full depth of which has yet to be explored. Highly protected and undisturbed, the park is the habitat of several animals, such as the brown bear, wolf, chamois goat-antelope, and the rare lynx.

Insider tip: You can rent a mountain or electric bicycle for up to 24 hours to explore the park’s many scenic cycling trails.