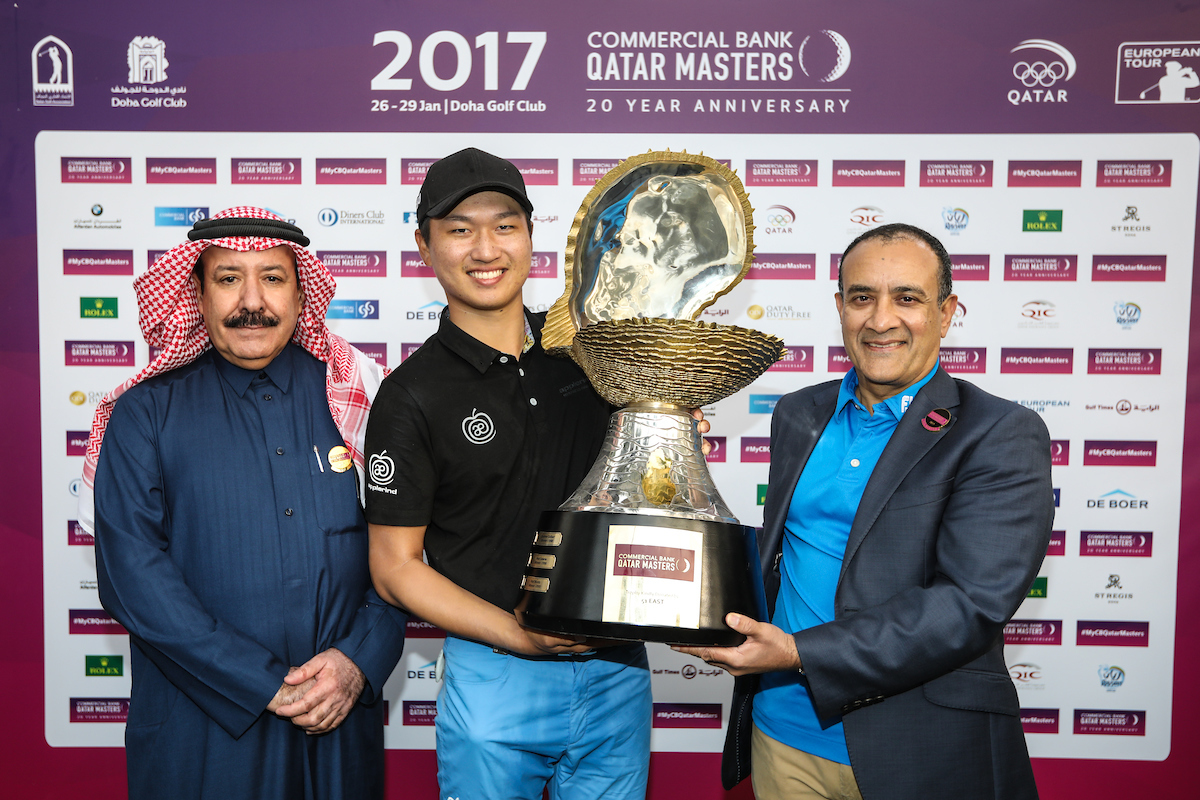 The new year kicked off to a great start with the CommercialBank Qatar Master’s, held January 26-29 at the Doha Golf Club. Diner’s Club International® is proud to have been a sponsor for the past 5 years and looks forward to the years ahead as the Preferred Card of the tournament.

South Korea’s Wang Jeunghun (World 71) became the youngest player to win the tournament. The 21-year-old won after a dramatic three-way playoff against South Africa’s Jaco Van Zyl (68) and Sweden’s Joakim Lagergren (66). After Wang’s performance at the Qatar Masters, he will now become the youngest player in the top 50, and has the opportunity to compete in the Master’s Tournament this spring if he maintains his ranking. “That’s my dream, dream tournament,” Wang said. “When I was young, I really want[ed] to play the Masters. I always imagined that I will play there. Maybe now I have a chance to play the Masters, so I’m so happy about it.”

Diner’s Club International congratulates all the golfers that participated this year and we hope to see you again in 2018!

Be sure to join us on our other Diners Club Social channels at Facebook, Twitter, LinkedIn, Instagram and YouTube for all the latest news, event and clubmembers updates. Also, don’t forget to download the Diners Club Travel Tools App, which gives you on-the-go access to airport lounge locations. Let your journey begin and ignite your wanderlust for life. Explore. Embark. Belong.