Experience the unrivaled beauty of one of Rome’s most historic and celebrated neighborhoods. With world-renowned monuments at every turn, Navona has enough history on one block to keep you busy for an entire vacation. 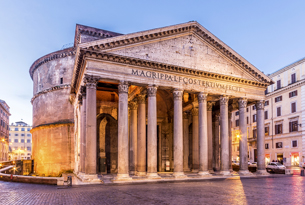 A former Roman temple turned church, the Pantheon is perhaps one of the most famous structures in the Western world. Of all the ancient Roman buildings, it might be the best preserved partly due to its continuous use throughout history. Almost two thousand years after its completion, its unreinforced concrete dome remains the largest of its kind.
Piazza della Rotonda, Rome, 00186 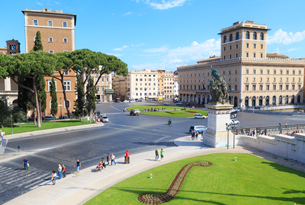 At the foot of the Capitoline Hill lies Piazza Venezia, the central hub of Rome. From here you can view a variety of spectacular monuments including the Trajan’s Column, built to commemorate Emperor Trajan’s victory in the Dacian Wars and the Altare della Patria, the towering building built to honor Victor Emmanuel II, the first king of a unified Italy.
Piazza Venezia, Rome, 00186 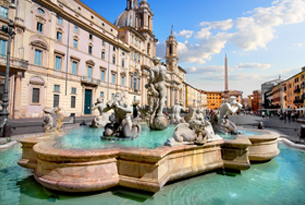 Built in the 1st century AD, Piazza Navona is at the center of Rome’s showcase square. Take a tour to experience the elegant beauty of the Baroque Roman architecture and art located throughout the square. At its center, you will find the famous Fontana dei Quattro Fiumi or “Fountain of the Four Rivers,” which portrays the four major rivers governed by the Pope.
Piazza Navona, Rome, 00186 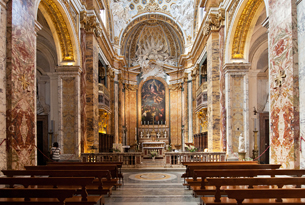 Church of St. Louis of the French

Take a moment and appreciate one of the great works of the 14th century. Within an unassuming exterior lives a vast treasure of art and architectural splendor from The Calling of St. Matthew to the Merklin organ. Don’t forget to look up as the church’s ceiling fresco is one of Rome’s greatest hidden gems.
Piazza di S. Luigi dei Francesi, Rome, 00186 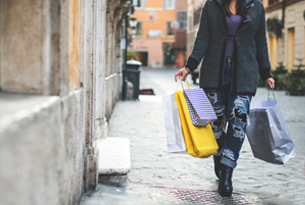 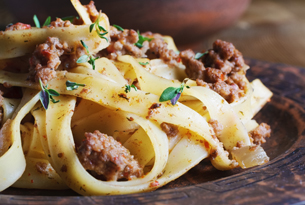