Tokyo’s dining experiences are as diverse as its ancient temples and neon-lit intersections, ranging from reimagined sushi in Michelin-starred restaurants to busy counters in neighborhood izakayas  (bars).

With a noodle bar, ramen shop, or sushi restaurant on every corner, Tokyo is a great place to experience authentic Japanese cuisine (washoku). So ready your chopsticks and prepare your palate for fiery wasabi horseradish as we take you on a tour of secret spots that serve sushi, sashimi, and lesser-known Tokyo flavors you’re sure to savor.

Eating out is as old as Japan’s Buddhist temples, which has resulted in a rich array of restaurants to try traditional dishes from sushi to soba noodles. Just south of the museum-packed Ueno Park, start with something both familiar and typically Japanese at the Ueno Hirokoji branch of Ippudo (3-chōme -17-5 Ueno), a global ramen chain founded by Shigemi Kawahara in 1985. Kawahara popularized tonkotsu (pork) ramen, which you can try in signature dishes such as the Shiromaru Classic and Akamaru Modern.

In classic Japanese fashion, Miyuki also has teppanyaki and sushi counters, while Zakuro (4-chōme-6-1 Ginza) offers a hands-on experience in its cook-it-yourself nabemono hotpot dishes. Founded in 1955, the small chain claims to have introduced the shabu-shabu meat and vegetable hotpot to Tokyo, deriving its name from the “swish swish” sound of stirring the pot. At Zakuro’s branch in the upmarket Ginza shopping district, the charcoal-cooked shabu-shabu and shallow sukiyaki hotpot are based on carefully selected Wagyu beef and seasonal ingredients.

Insider tip: Japanese train stations are surprisingly good places to find a meal, such as ekiben (‘station bento’) boxes, and Tokyo Station has a basement precinct of restaurants, including the cluster known as Tokyo Ramen Street (1-chōme Marunouchi).

Traditional Japanese staples include noodles, broths, pickled vegetables, catches from the waters surrounding the islands, and various preparations of meat, as these classic dishes prove. 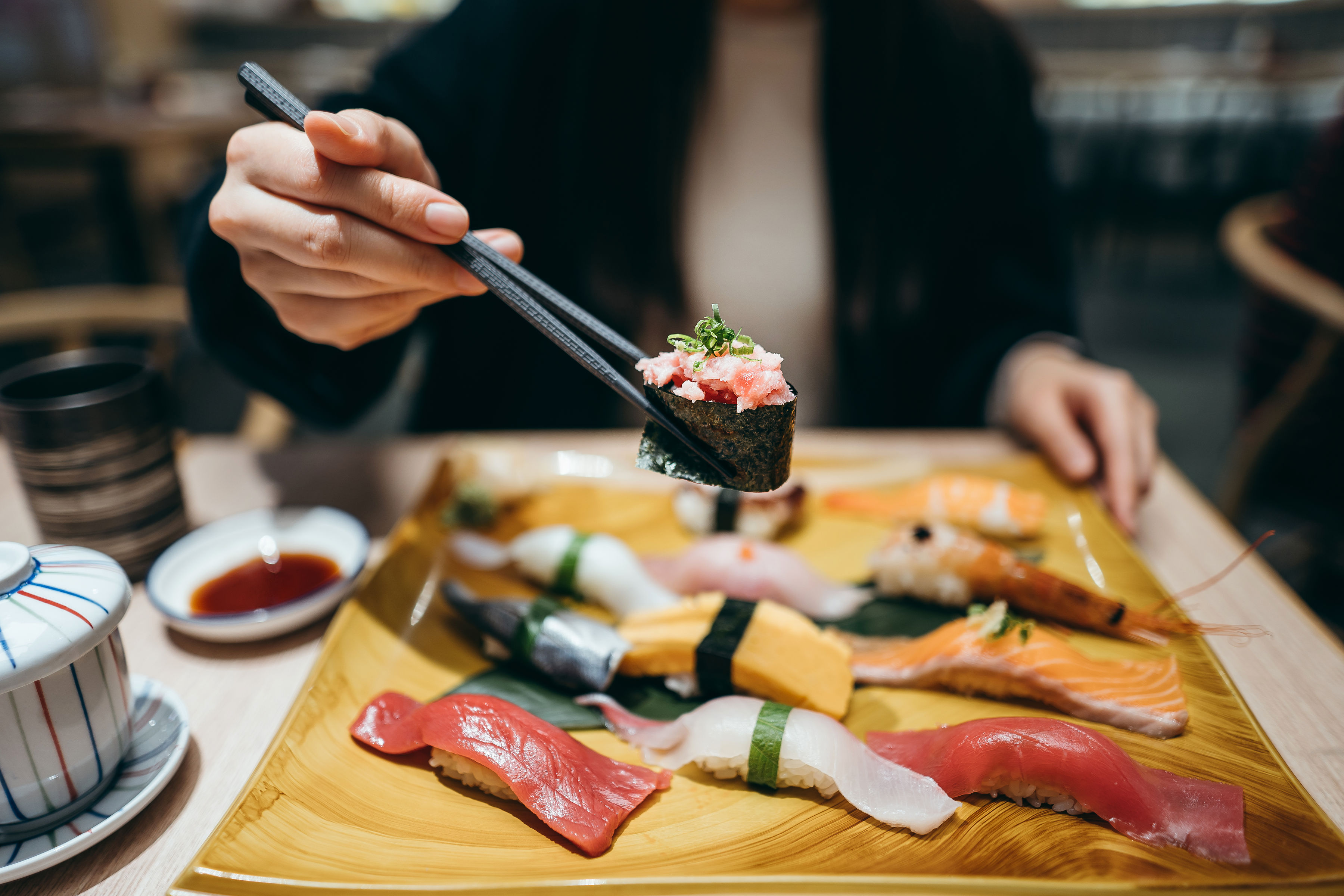 Sushi
You can try the time-honored Japanese dish of raw seafood and vinegared rice, whether in nigiri, maki or uramaki form, everywhere from local haunts to Michelin-starred restaurants.

Tempura
Forget the Western interpretations of this battered and fried seafood or vegetable dish and experience the crisp results of cold batter and hot oil accompanied by a flavorful dipping sauce. 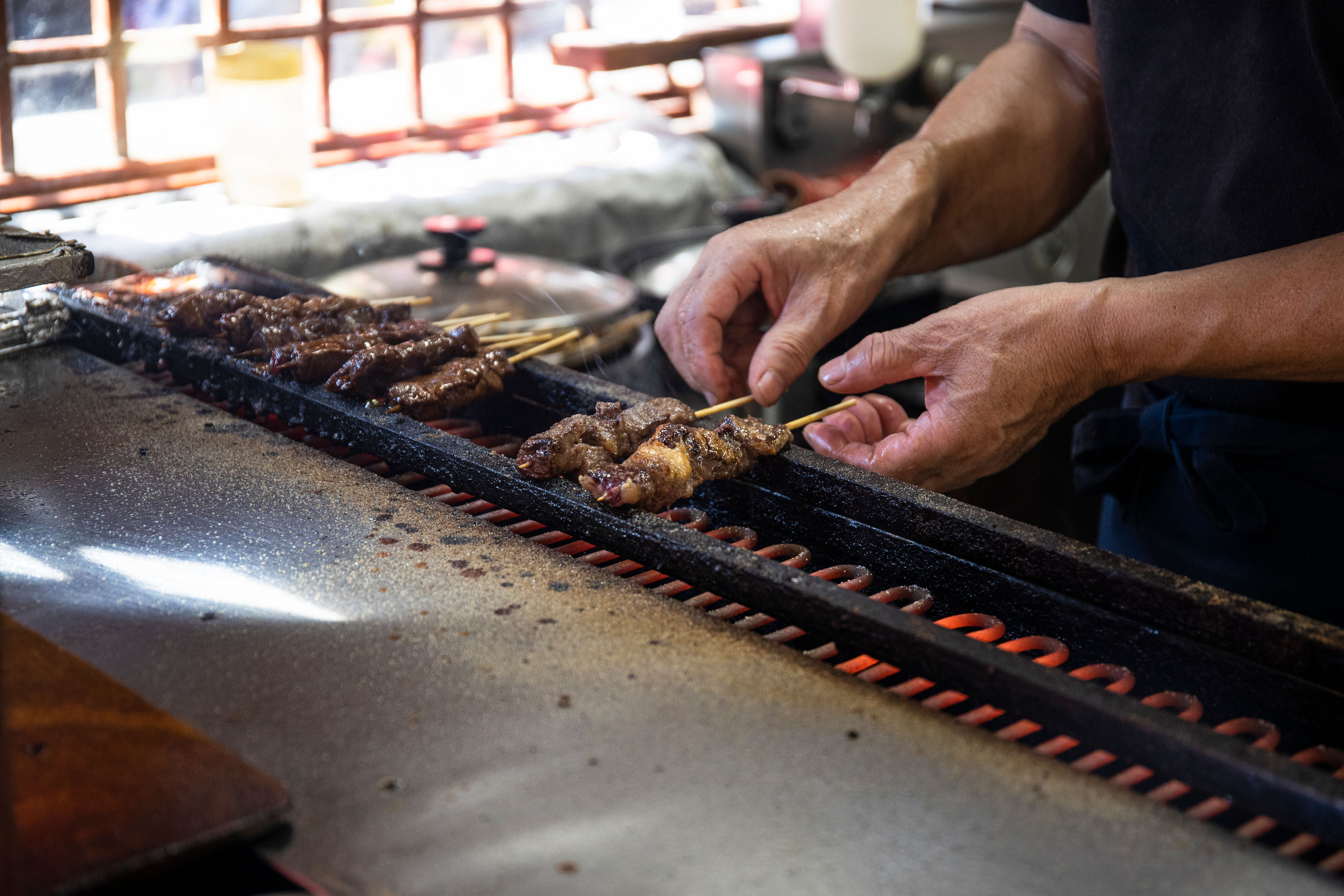 Yakitori
Locals have snacked on this skewer-grilled basted chicken since the 17th century, but the street-food favorite fits the waste-free contemporary trend by using every part of the poultry. 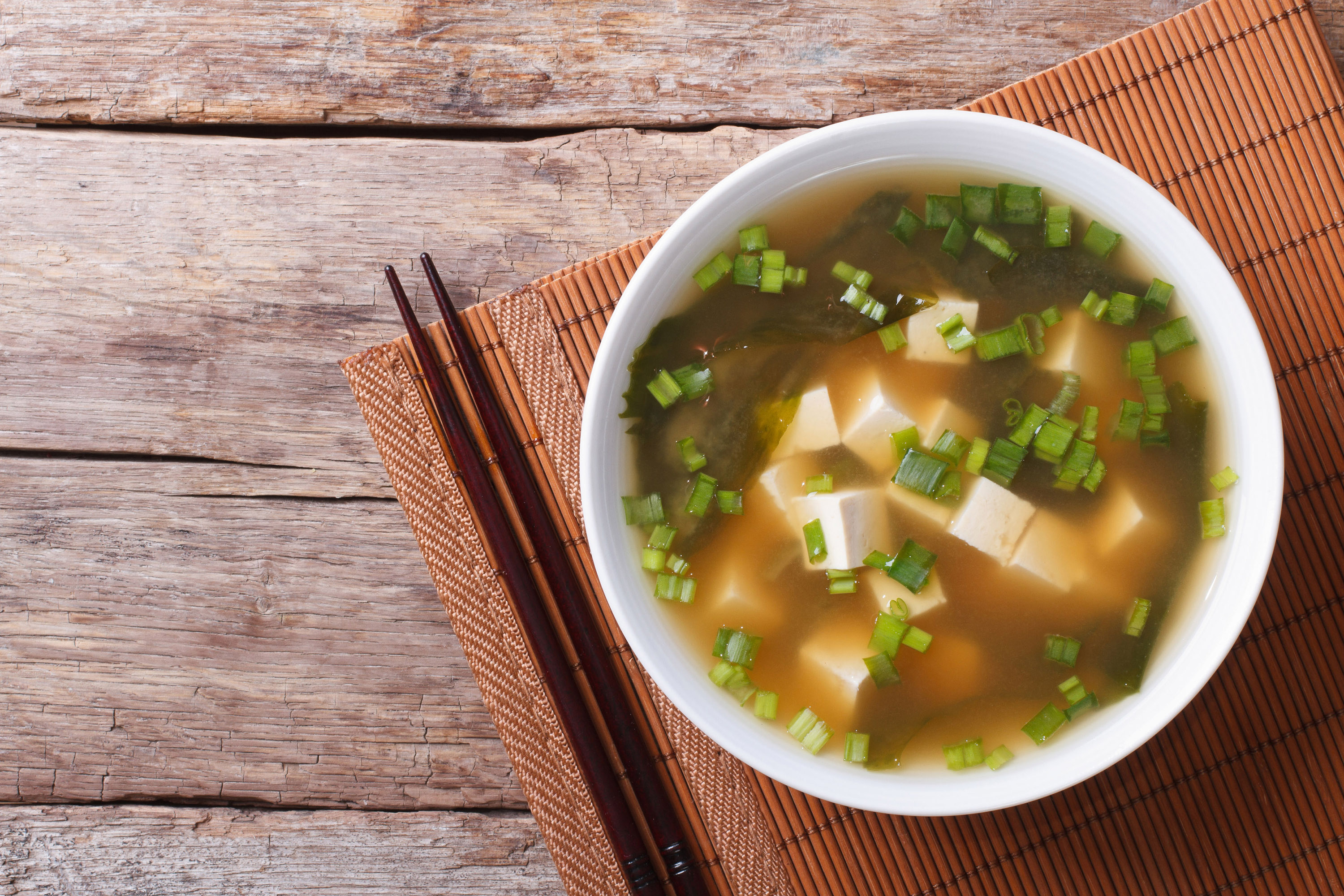 Miso soup
The umami, probiotic-rich soup is a daily staple. Its base is made up of miso soybean paste and fish or kelp dashi stock accompanied by seasonal ingredients, including tofu, green onions, clams, and pork.

Udon
Like soba, these thicker and chewier wheat-flour noodles are served chilled with a dipping sauce (zaru) or in a steaming broth, and udon-ya restaurants add various toppings to the comfort food.

The city on Tokyo Bay is famously futuristic, typified by the anime- and manga-plastered facades of Akihabara Electric Town, and its dynamic culinary scene is no exception. Here, you can snack on croissants from Parisian bakery Maison Kayser (1-chōme-4-21 Takanawa), lunch on pizza in the forest surrounding the Meiji Jingu Shinto shrine at Forest Terrace Meiji Jingu (1 Yoyogikamizonocho, Shibuya City), and dine on sustainable Japanese-French fusion cuisine at Kihachi (2-chōme-1-19 Kitaaoyama).

For more typical Japanese dishes in a minimal, contemporary setting, head to Kamiyama (10-8 Kamiyamachō) for a choice of fine or coarsely ground soba and Japanese craft beers. Visit during lunchtime for specials on dishes such as cold soba with oroshi (grated white radish) or duck meat and dripping sauce, and hot soba with herring or dry seaweed. 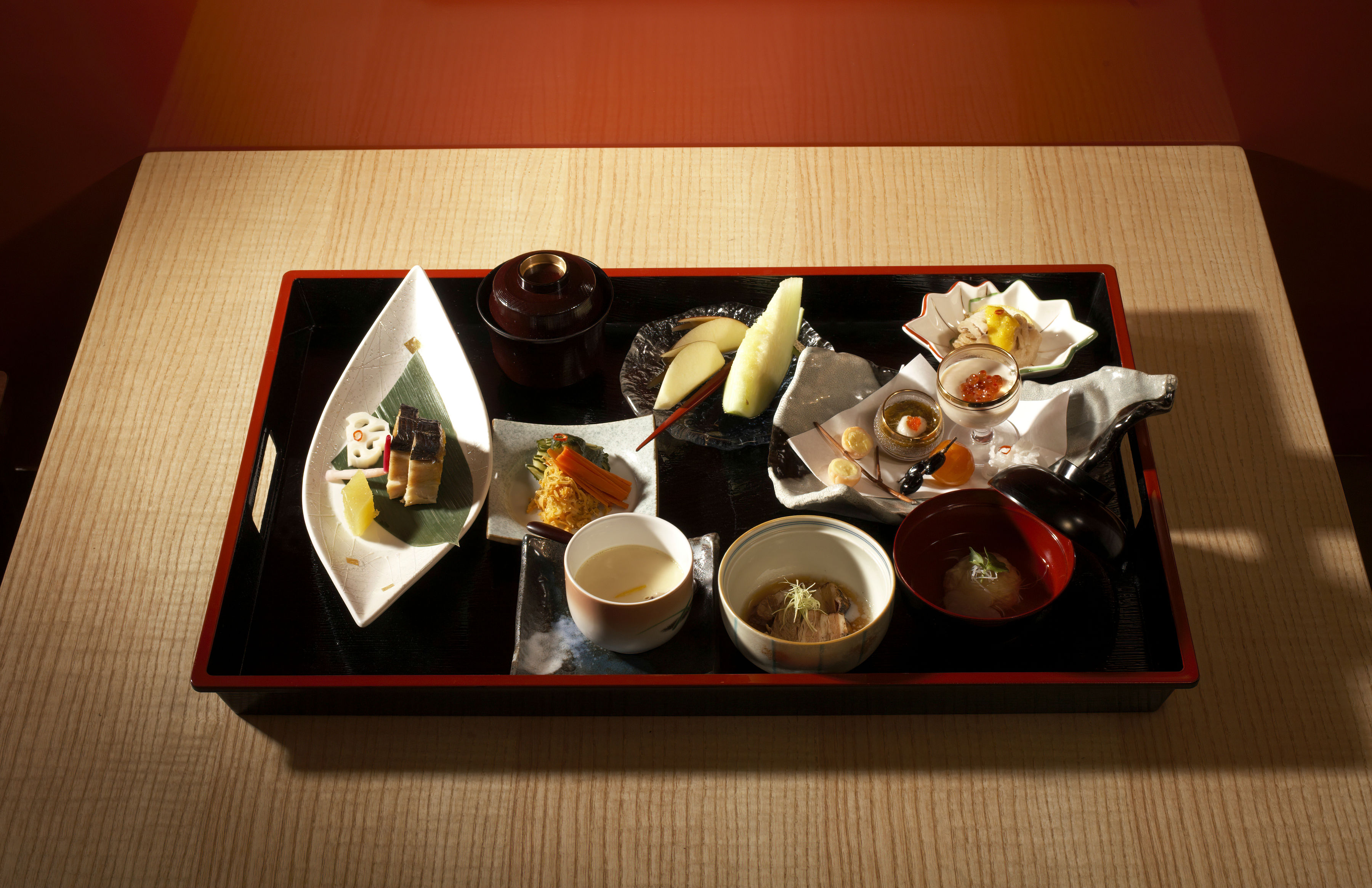