From April to June, Honolulu enjoys local life during the tourist respite.

Bite into a luscious mango, sample a treat made with an unexpected local staple, hit the seasonally pleasant trails, and celebrate Hawaiian culture in spring and early summer. It’s the time of year when all of Honolulu enjoys local life in between the peak winter and summer tourist seasons. The winter rains are moderate (although refreshing afternoon showers are still common) and the already idyllic weather becomes even better just before the hotter and drier summer months set in. 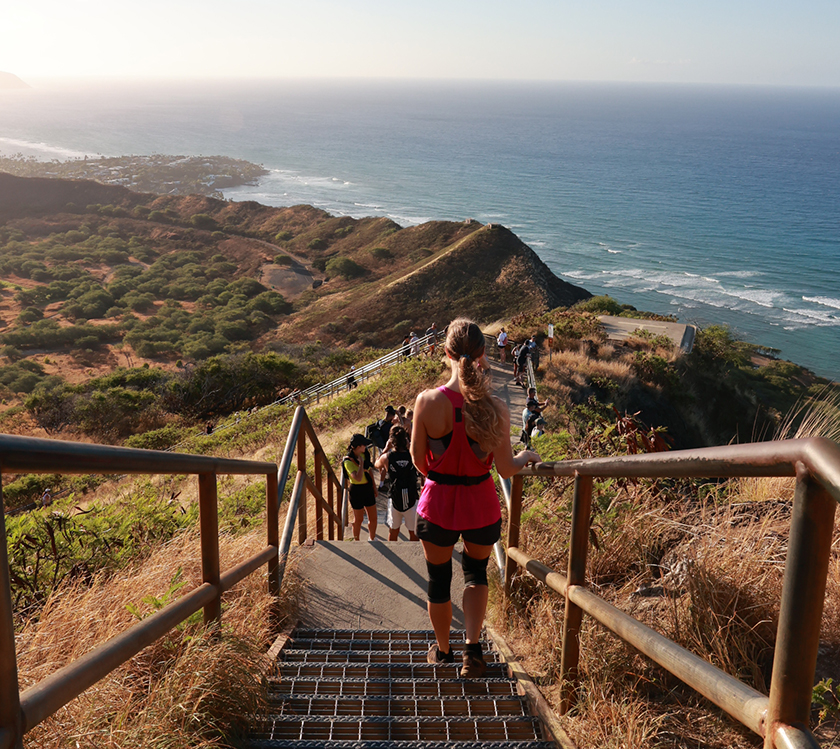 While you can hike much of Oahu year-round, winter rains turn many trails into challenging treks through mud all winter long. By May, drier conditions bring Honolulu’s outdoor enthusiasts (which is almost everyone) out onto the paths through the lush forests of the sheer volcanic peaks that form the city’s dramatic backdrop.

Among the many options are these two favorites: the Manoa Falls Trail, which passes through a thick forest of bamboo and guava trees (be on the lookout for ripening fruit) to a 150ft waterfall. There’s also the nearby Judd Trail, which offers numerous waterfalls and natural pools that are ideal for a cooling dip. 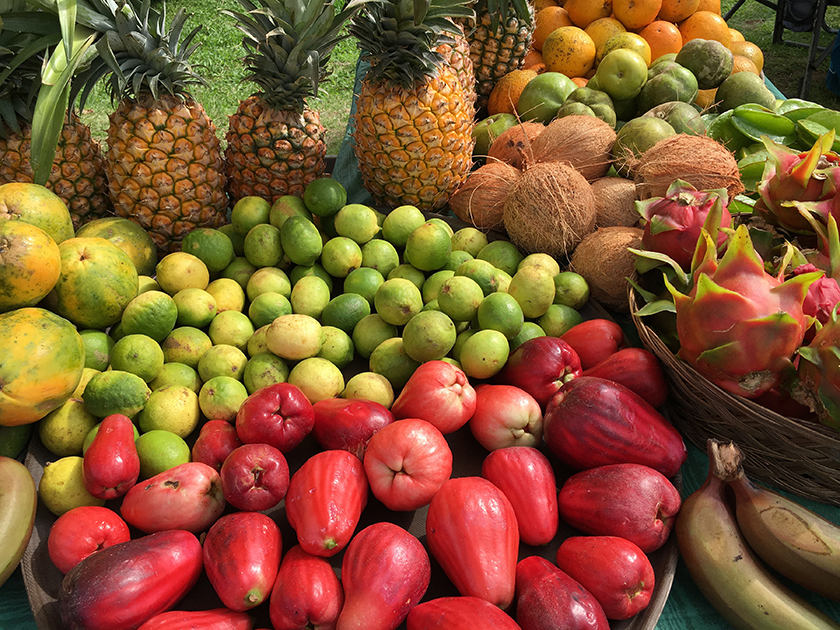 Hawaii’s tropical climate means that many popular fruits and vegetables are in season virtually year-round.

Peruse the sprawling Honolulu Farmers’ Market, starting late in the afternoon every Wednesday, for seasonal treats and surprises. Strawberries peak in April, while May brings mangos, melons, and lychees. Also, be sure to look out for dozens of exotic types of bananas that are available only in spring and are never found in supermarkets on the US mainland. The market is held in the hip Kaka’ako neighborhood.

One of the most-beloved local performers from the mainland, Smokey Robinson recently performed a long-delayed concert at the Waikiki Shell. With views that include Diamond Head and Waikiki Beach, the open-air venue in Queen Kapi’olani Park offers regular seating and a vast lawn, where you can spread out on a blanket and watch a concert.

This was one of the first major concerts in Hawaii after two years of pandemic restrictions. Check www.waikikiamp.com for upcoming shows and buy your tickets through Ticketmaster. 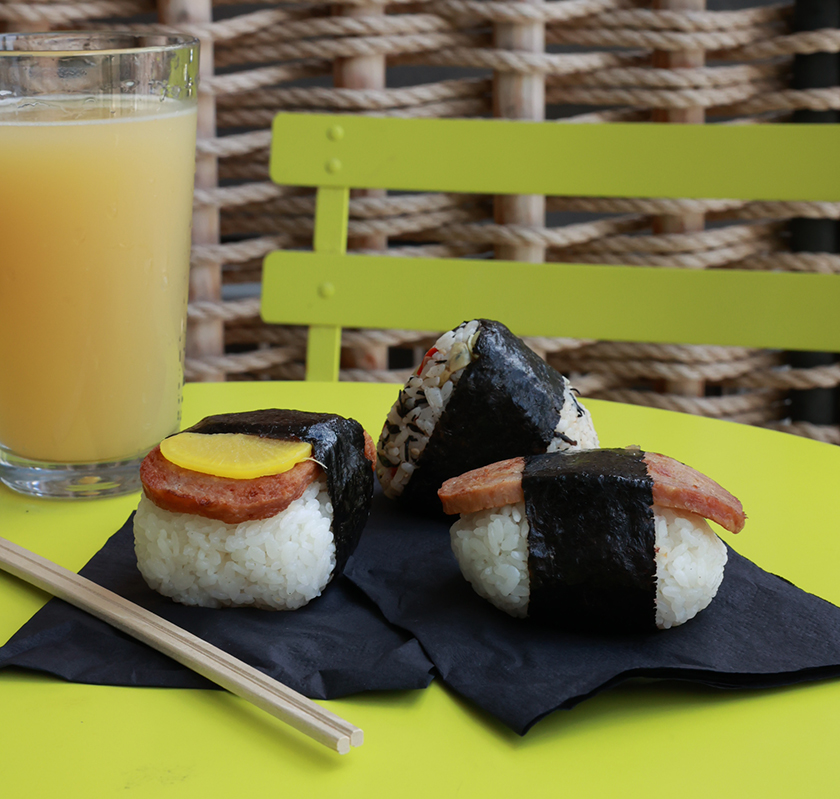 Say “Spam” in Hawaii and islanders won’t think of unwelcome missives clogging up their inbox. Visitors to Honolulu are often astonished at the size of the Spam section in local supermarkets.

For a week in late April (April 22 to May 1), all things Spam will be celebrated at the Waikiki Spam Jam. Although the canned meat and its myriad of fusions are already enjoyed for breakfast, lunch, snacks, and dinner, the festival sees Honolulu chefs and restaurants create even more Spam-inspired dishes. Festivities include free tastings, live music, and special dishes on menus all across Waikiki. 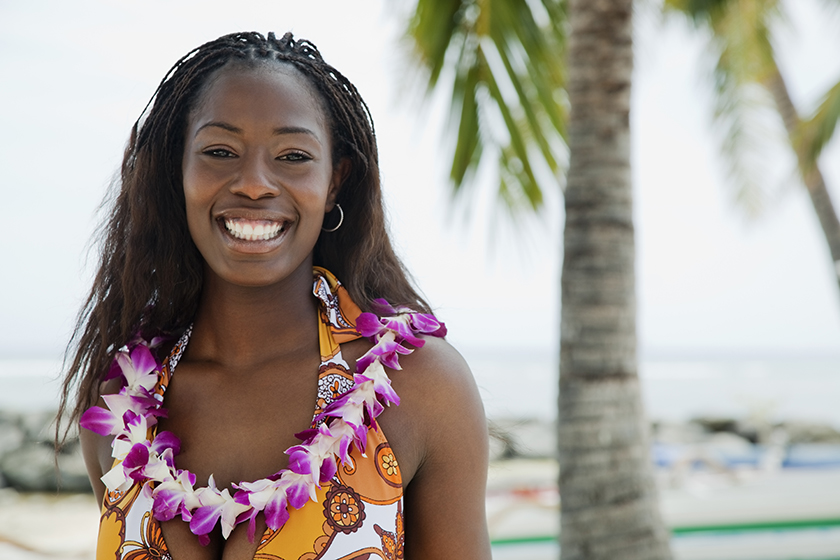 What the rest of the world celebrates as May Day is celebrated as Lei Day in Hawaii.

On 1 May almost every year since 1927, Honolulu and the rest of the state honor Hawaiian culture with a festival, live entertainment, and events such as exhibitions and shows. Activities are centered in the verdant expanse of waterfront Queen Kapi’olani Park, immediately south of Waikiki.

As you’d expect from the name, there are contests centered on lei-making, displaying spectacular examples of this iconic flower garland, which hangs from the neck and signifies greeting, friendship, and love. A court of princesses (an honorary designation for revered members of the community) presides over music and dance, including hula demonstrations. In 2022, 1 May falls on Sunday, which should give the festivities extra oomph.

Kamehameha I became the first ruler of all the Hawaiian Islands after he brought years of warfare to an end in 1810 and unified what became the Hawaiian Kingdom, which lasted for much of the 19th century. He remains revered in Honolulu and across the state today, and his status has only grown with the resurgence of indigenous culture across the islands.

Every year in June, the annual gala lei-draping ceremony at the King Kamehameha statue at Ali’iōlani Hale takes place at the historic government building in downtown Honolulu. The lavish 30-foot lei is a sight to behold, as it’s sized to fully fit the 18-foot bronze statue of Kamehameha. The air is filled with the scent of thousands of plumeria blossoms, and the beloved Royal Hawaiian Band plays throughout the event.

The festivities continue the following day with the spectacle of the King Kamehameha Celebration Floral Parade. Running from downtown Honolulu, through Waikiki, and on to Queen Kapi’olani Park, it’s an amazing display of color and music.