Lyrical Hawaiian culture, breathtaking views, and fascinating neighborhoods are just a few of Honolulu’s charms. And then there are the beaches, which truly define the unique beauty of this city on the Pacific.

Marvel at the view from Puʻu ʻUalakaʻa State Wayside Park 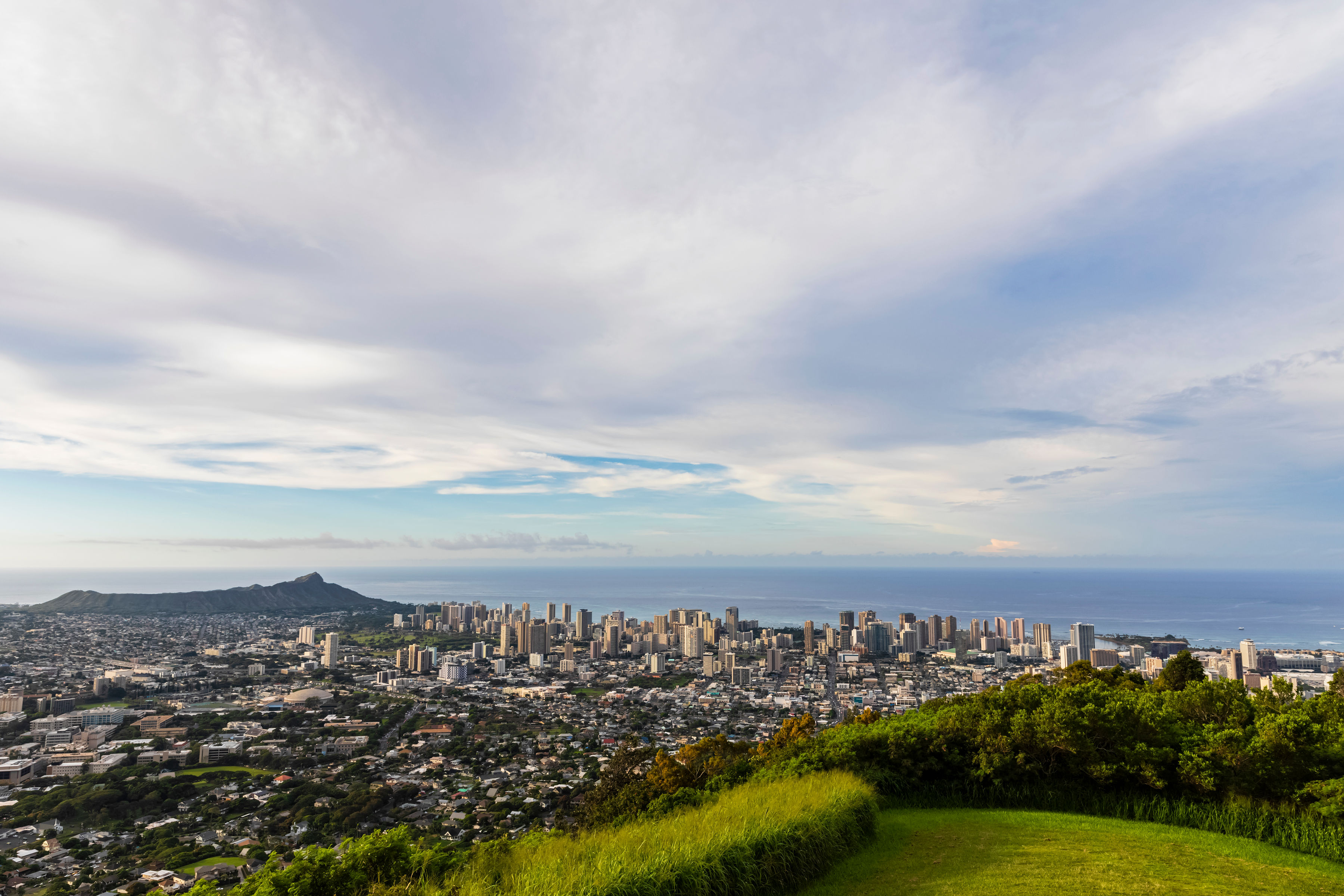 The best view in Honolulu is free. In the hills behind the city, what was once a macadamia nut farm is now Puʻu ʻUalakaʻa State Wayside Park (2760 Round Top Drive). The Tantalus Lookout boasts grand views stretching from Diamond Head in the east, across Waikiki, and downtown to Pearl Harbor in the west.

Insider tip: Away from the view, the park’s one-mile-long ‘Ualaka’a Loop Trail circles through lush rainforest. Wear shoes or sandals that can handle wet paths and mud.

Gaze out from the Aloha Tower 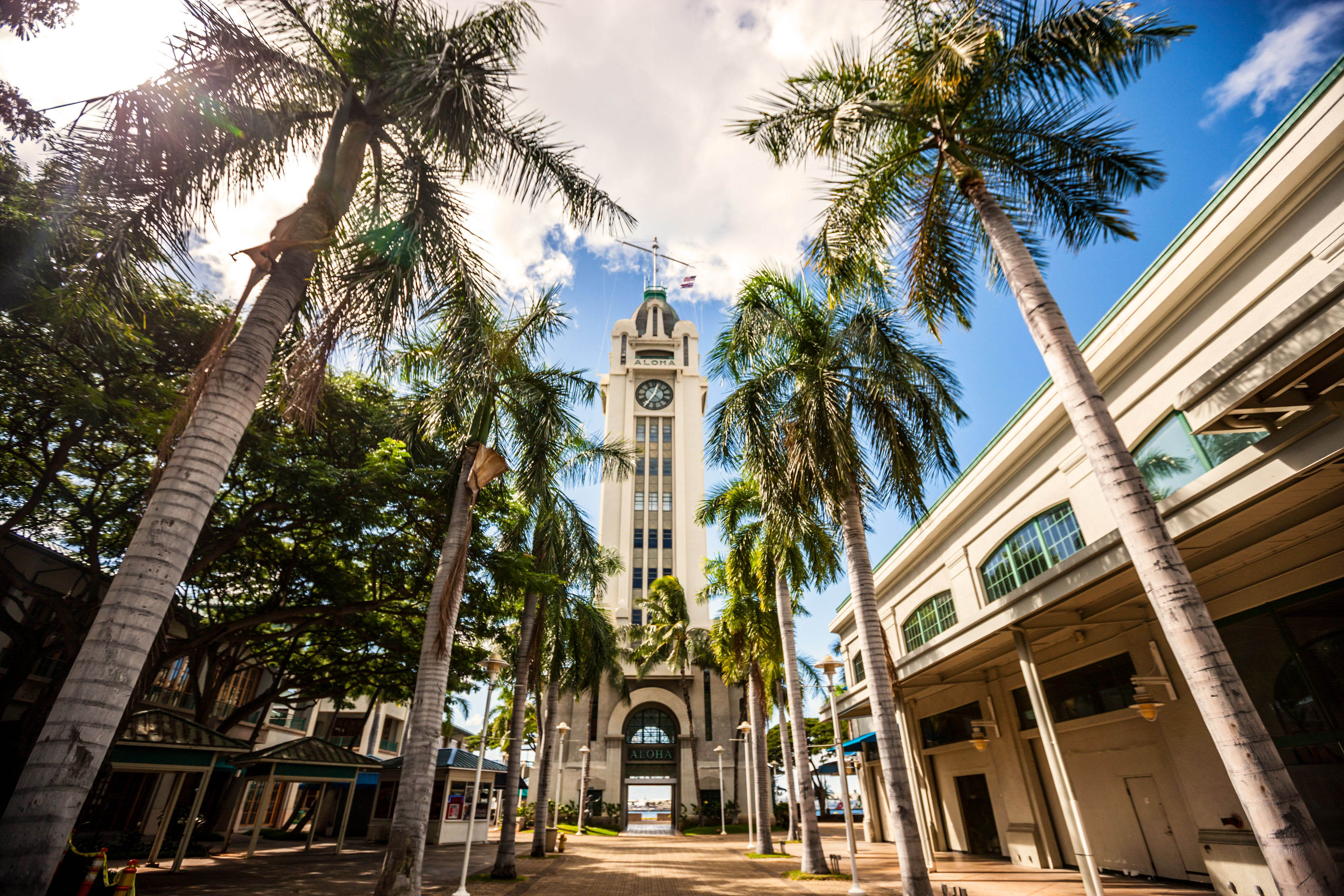 The Aloha Tower (1 Aloha Tower Drive), the soaring symbol of Honolulu, has welcomed people arriving in Oʻahu since 1926. Be sure to visit the tower’s observation deck for 360-degree views of downtown, the port, nearby beaches, Waikiki, and more. Small displays recall a simpler time when large ocean liners brought visitors from the mainland and the world beyond.

Insider tip: Walk up Bishop Street, the commercial and historic heart of Honolulu, located opposite Aloha Tower. The massive 1929 Alexander & Baldwin Building (822 Bishop Street) is an imposing example of the wealth generated during the plantation era.

GET IN TUNE WITH HAWAIIAN CULTURE

Hum along with the Royal Hawaiian Band

America’s only truly royal orchestra dates back to 1836 when it was founded by King Kamehameha III. The 40-member Royal Hawaiian Band performs a wide range of work, including world music, symphonic masterpieces, and Broadway classics. However, it’s the band’s moving renditions of island songs that make their performances unmissable. Catch their free concerts most Fridays at noon on the grounds of ʻIolani Palace (364 S King Street) and Sundays at 2pm in Waikiki’s Kapiʻolani Regional Park (3840 Paki Avenue). 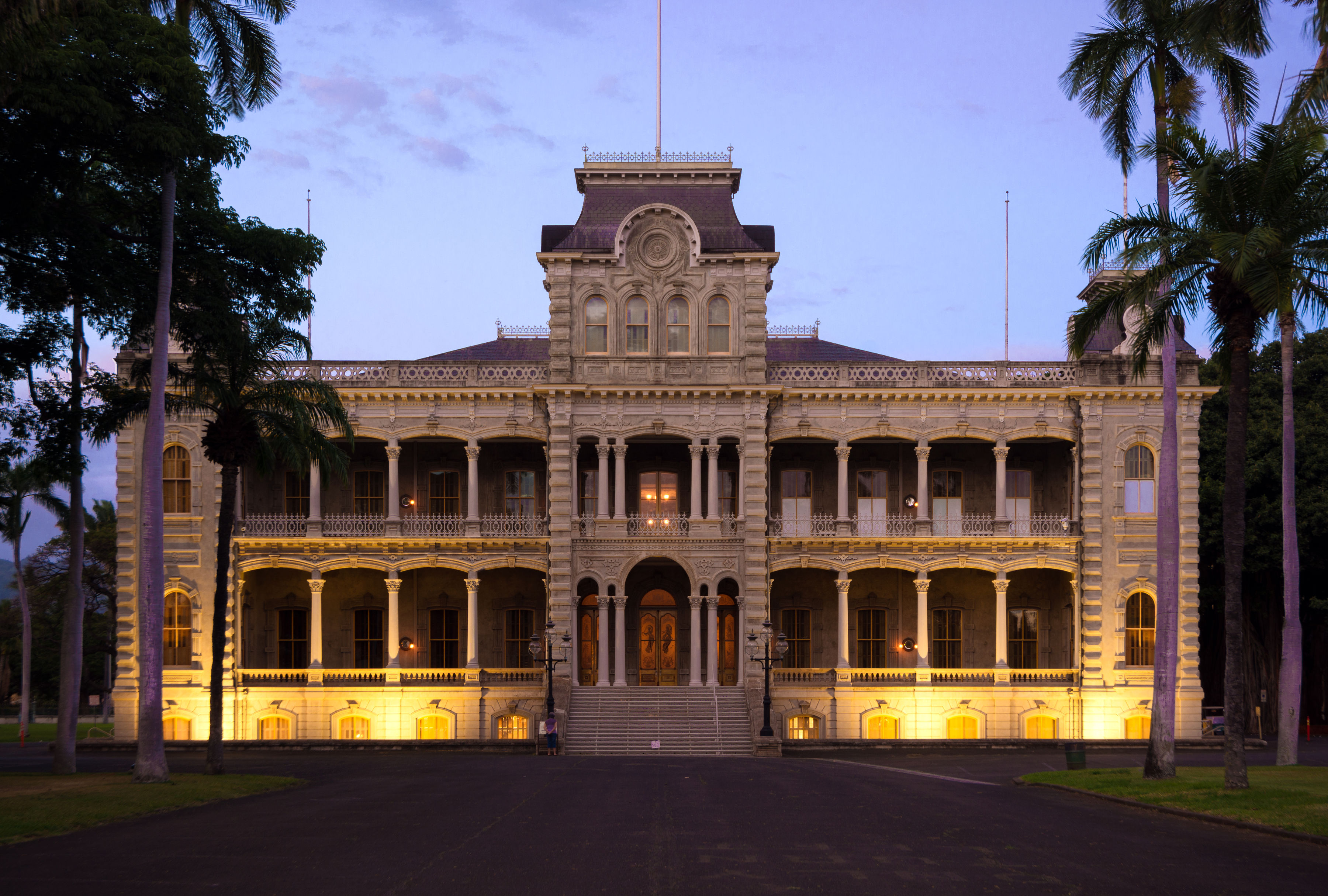 Insider tip: Keep something dry to dab your eyes for the band’s heartfelt rendition of ‘Aloha ‘Oe,’ which is the closing number for every concert. This emotional song was written in 1878 by Princess Lili‘uokalani, who later became Hawaii’s last queen before being overthrown in 1893.

One of the best introductions to the songs, dances and ceremonies of Hawaii can be savored three times a week at free performances at Kuhio Beach (off Kalakaua Avenue) in Waikiki. After a dramatic and ceremonial lighting of torches, top musicians and dancers demonstrate the lyrical melodies and movements that define local culture. 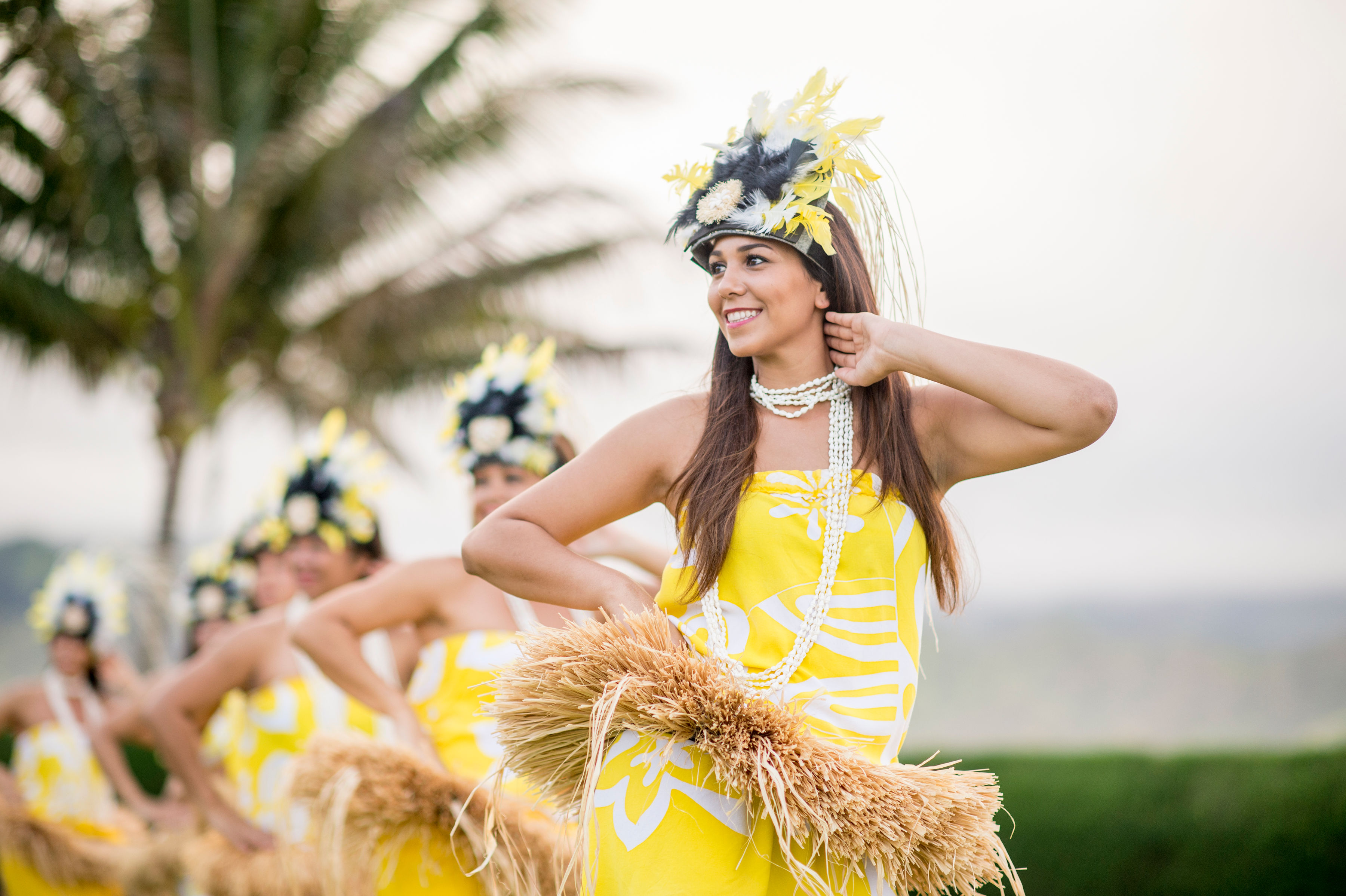 Insider tip: The torches get lit at sundown, so come early and enjoy the free warm-up show put on by the setting sun.

Spread out on Fort DeRussy Beach 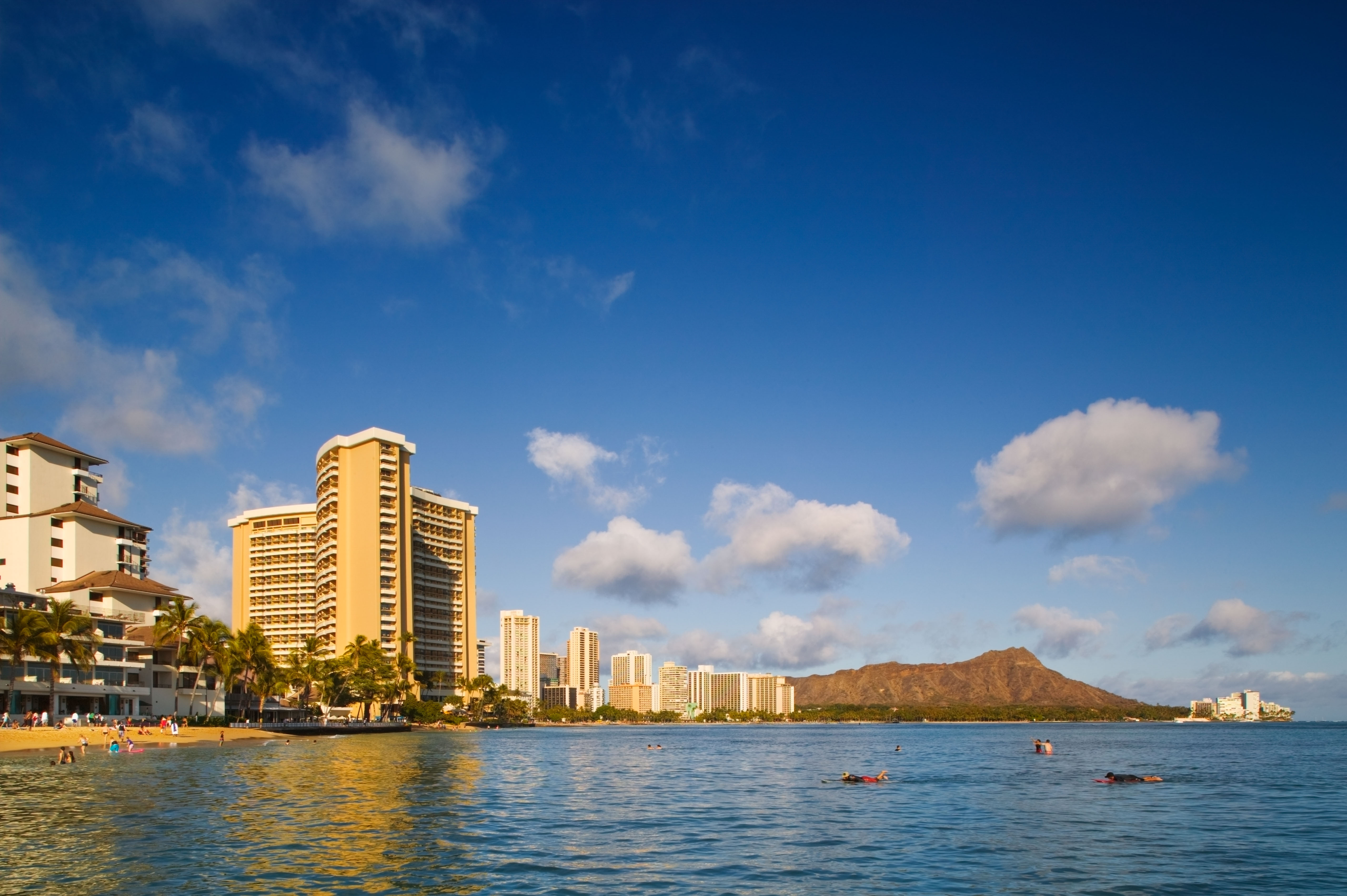 Just west of the main Waikiki strip of resorts, Fort DeRussy Beach (2055 Kalia Road), is a wide expanse of sand that’s one of Honolulu’s best beaches, backed by a vast lawn shaded by green palm trees. Add in the sheltered waters of the blue Pacific and it’s the ideal spot for a relaxing afternoon.

Insider tip: Honolulu’s ABC Stores (including the one near Fort DeRussy Beach at 2005 Kalia Road) sell everything from sunscreen and sand pails to all kinds of food and drink.

The waves are inviting and never intimidating at Queen’s Surf Beach, a family-friendly strip of sand just southeast of the main Waikiki resorts. Reliable waves make this a great spot to perfect your surfing skills. The beach is right next to the uncrowded Kapiʻolani Regional Park (3840 Paki Ave.), which boasts huge and shady ancient banyan trees.

Explore Honolulu’s past in Chinatown

Dating to the 19th century, Chinatown was once lined with shops run by traders selling global goods arriving at the nearby harbor. Today, the district features an endlessly interesting mix of galleries, boutiques, open-air markets, and more. It’s easily Honolulu’s most walkable neighborhood and, while strolling through its narrow and historic streets, it’s easy to lose your sense of time. 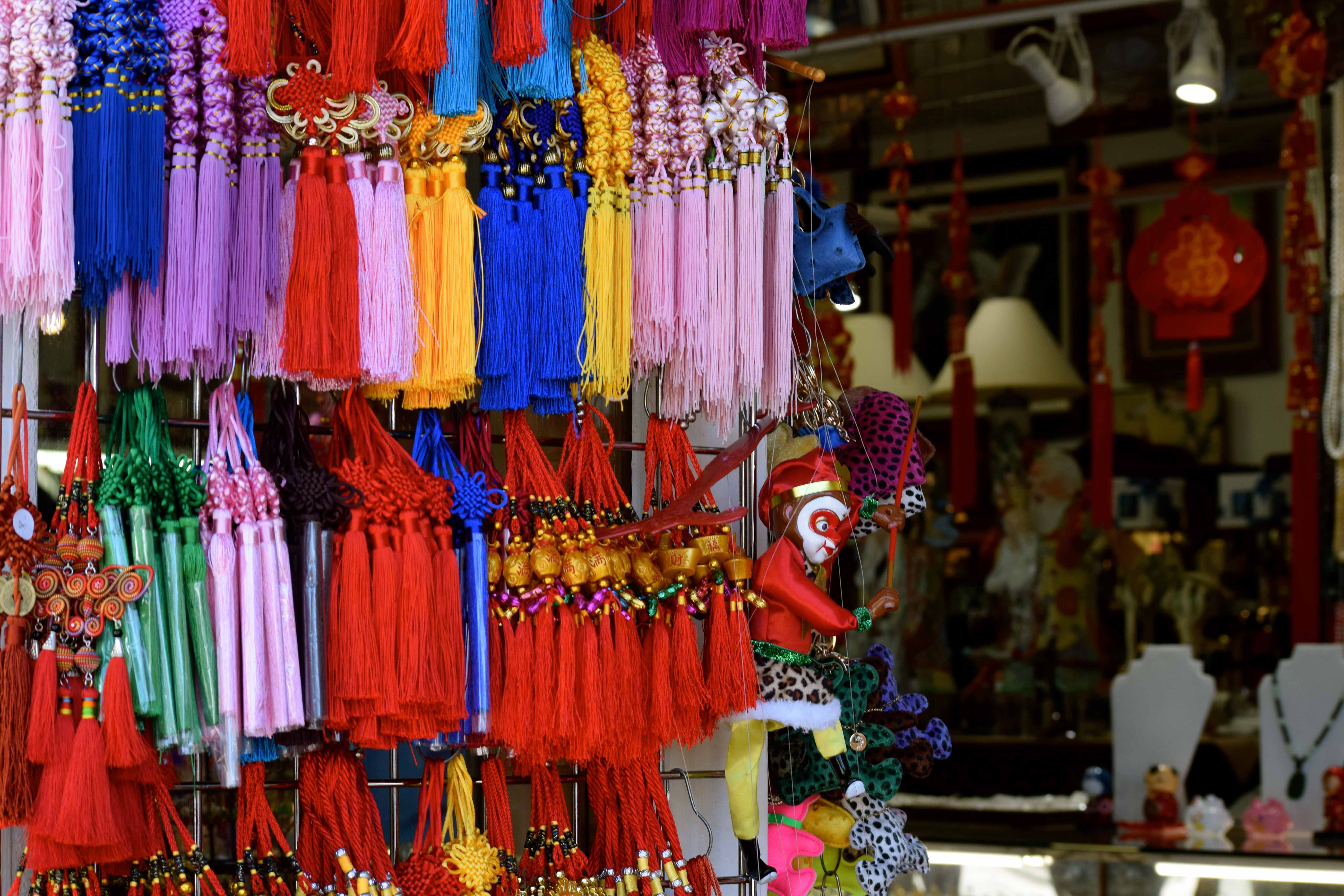 Get creative in Kakaʻako

Just east of downtown Honolulu, the up-and-coming neighborhood of Kakaʻako can easily absorb your day with its designer shops, breweries, and eateries. This former industrial area has been recently transformed into a creative center where old buildings have been restored, reimagined, and given a new life. Start your walk at the corner of Auahi and Coral Streets and see what you discover.

Insider tip: Take an afternoon break at Pioneer Saloon (675 Auahi Street)—a saloon in name only as none of the drinks are stronger than coconut water. Hawaiian plate lunches and snacks get a dash of upscale flair here. Sit outside or in the casual, art-filled interior.