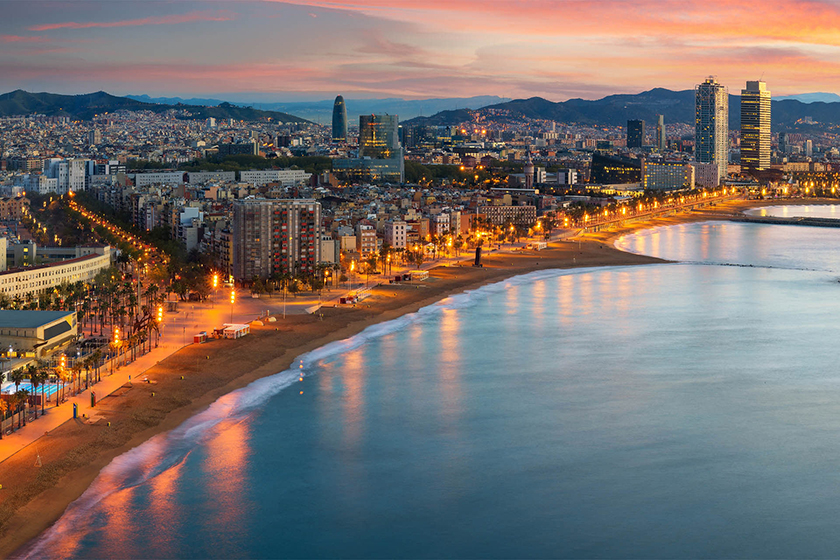 Not all hotels are equal, and in Barcelona, a room with a view of the Catalan rooftops and spires are the most in-demand. From gleaming structures that pierce the skyline, to well-established art deco retreats, we check into four properties that’ll let you cast your eyes across the capital of Catalonia.

Just steps from the ritzy boulevard of Passeig de Gràcia, this art deco-style boutique hotel is well connected to all of Barcelona’s cultural charms, including many of Gaudi’s modernist gems that dot the surrounding Eixample district. Designed by the award-winning Jaime Beriestain Studio, the suites that scale the hotel’s facade have clever, cantilevered glass box bay windows that allow you to view the bustling intersection below.

However, it’s up on the tiered roof terrace that the panoramas really unfold. The curved seating area of Azimuth Rooftop Bar offers an unobstructed view of the Edificio Generali building. Turn your gaze to the northeast and you’ll spot the incomplete but nonetheless iconic Sagrada Familia.

Insider tip: The rooftop pool is beautiful but small and can become a bit crowded later in the day. Early risers will be treated to not only to a quieter atmosphere, but a beautiful sunrise, as well.

Seascapes and serenity at Hotel Arts 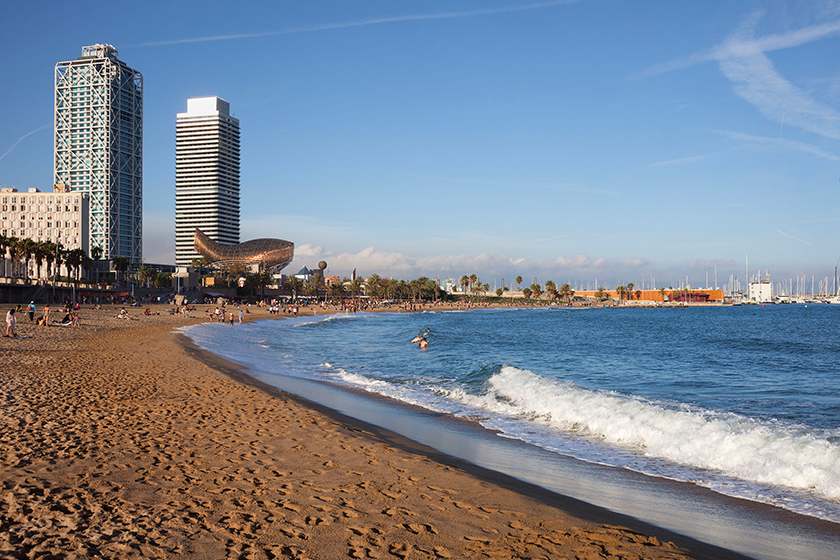 Frank Gehry’s famous fish sculpture, El Peix, announces your arrival at the seafront Hotel Arts. Just like the architect’s piece, pared back minimalism is at the heart of this establishment’s design, with an elegant mood board of earthy neutrals and restrained furnishings. Rising 44 stories above sea level, the simple interior lets the unparalleled vistas of Barcelona and its shoreline do the talking.

Guests enjoy city views with double-width windows, and the aptly named Barcelona Panoramic Room allows you to pinpoint all the major landmarks from your bed. Other highlights include a generous-sized swimming pool that sits next to the garden, complete with a children’s splash pool and quiet corners for relaxation. The spa further enhances the overall tranquility levels with its expansive treatment list and sea view sauna.

Insider tip: All five restaurants are excellent, but the two-Michelin-starred Enoteca Paco Pérez is the must-have reservation for serious foodies. 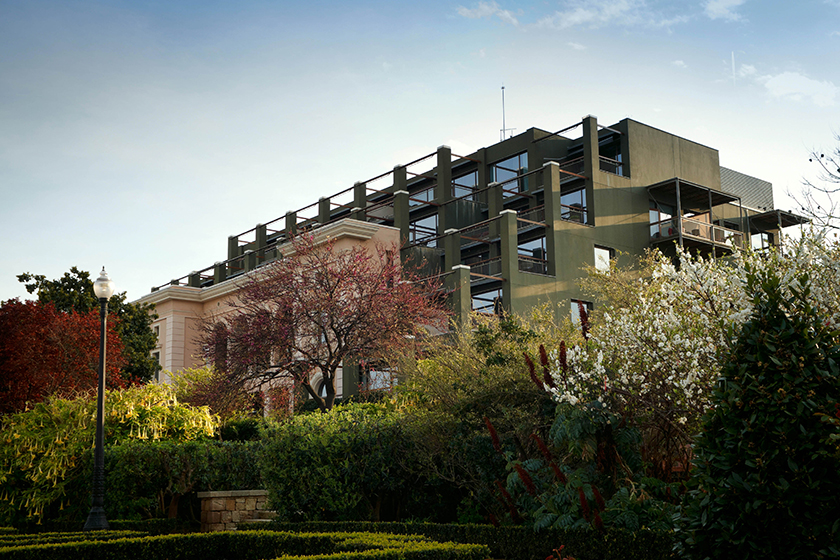 Perched on the Montjuïc hillside to the south of the city center and residing just above Jardins de Mossèn Costa i Llobera and Parc del Mirador del Poble-sec, the elevated position of this classic hotel provides a bird’s-eye view of the sweeping coastline and the grid of districts that meet the shoreline. Hotel Miramar was built for the 1929 Universal Exposition, but the original Wes Anderson-esque pink fronting was replaced by a modern structure at the start of the millennium, which introduced suites with large terraces that capture those views.

Just five minutes in a taxi from downtown, it’s the perfect base for anyone looking to tick off all the city’s sights and still be able to relax at the end of the day. Guests can spend a very happy afternoon sunbathing in the gardens, cooling off near the outdoor pool, and watching the sun set from the terrace.

Insider tip: For 360-degree views, take an early evening stroll through the Jardins del Mirador to the viewing platform of nearby Montjuïc Castle. 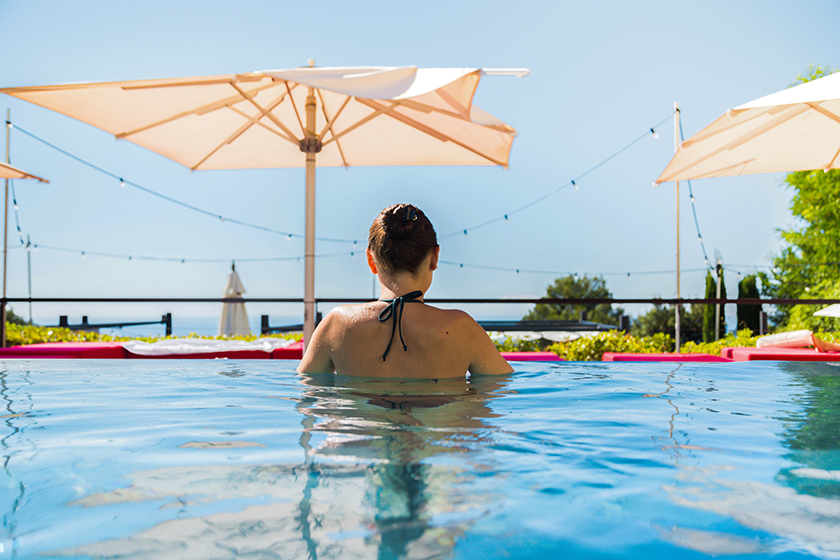 While most of Barcelona’s views are set against the backdrop of the tree-cloaked Serra de Collserola, which sweeps around the northwest of the city, the perspective is flipped at this retreat at the top of Mount Tibidabo. Looking back at the city from its high-altitude position, Barcelona is turned into a toy town. The bullet-shaped Agbar Tower, the fin-shaped W Hotel, and the ever-present spires of Sagrada Familia all appear deceivingly miniature from these heights. You can even spot the Pyrenees on the horizon on a clear day—and fortunately that’s quite common in Barcelona.

The hotel itself is still soaked in the old-world glamour that made it so famous in the roaring twenties. From the moment you step into the gilded lobby, you’re treated to a world of art nouveau decor, impeccable service, and evening cocktails on the panoramic terrace.

Insider tip: It’s a 20-minute taxi ride into town, but the hotel operates a complimentary shuttle service three times per day. Speak with reception for the daily running times and drop-off points.