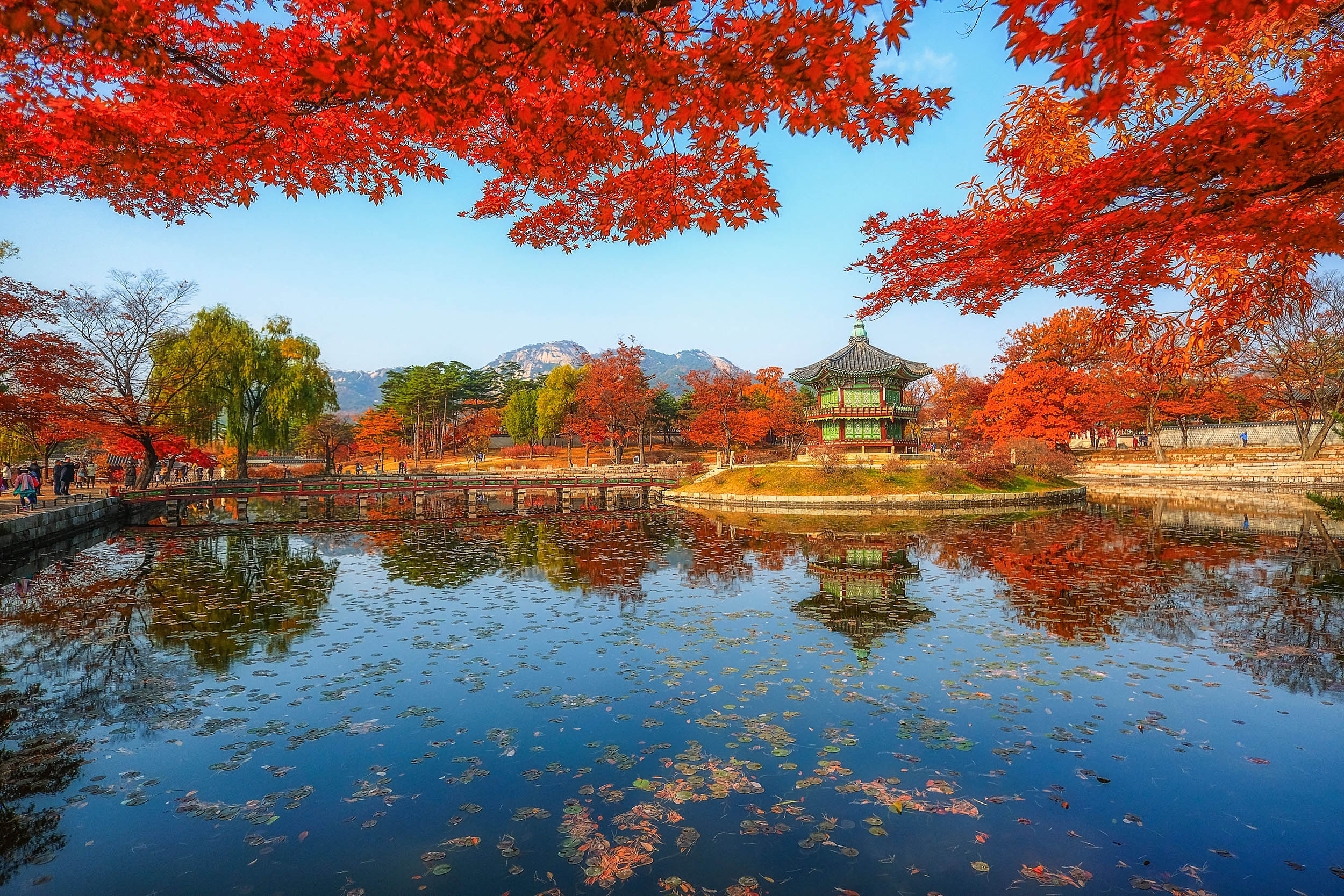 Seoul offers sacred temples and dazzling palaces against a backdrop of forested mountains linked by an ancient fortress wall. This city is home to bustling traditional markets, uber-cool department stores, and creative approaches to everything from parks and public spaces to technology and food.

Here you’ll find the key spots and experiences that sum up the South Korean capital.

For 500 years, the Joseon dynasty ruled Korea from Seoul, living in palaces with ceremonial gates, throne rooms, pavilions, and ornamental gardens. A walking tour between Gyeongbokgung and Changdeokgung is an essential primer in Korean history and culture. The two palaces sandwich Bukchon Hanok Village, an atmospheric quarter of hilly, narrow lanes lined with hanok, the traditional single-story wooden homes with tiled roofs. There are around 900 hanok in the village, some still residential homes, while others contain guest houses, shops, restaurants, bars, or elegant tea houses.

Insider tip: Drop by the Bukchon Traditional Culture Centre, which is housed in a hanok and has a free exhibition on this style of architecture.

Experience the future at Dongdaemun

An area that captures the stark contrasts of Seoul’s architectural environment, Dongdaemun is named after the majestic Great East Gate, the wall that surrounded Seoul during the Joseon Dynasty. Nearby and looking like a giant spaceship, is Dongdaemun Design Plaza & Park (DDP). Designed by the late Zaha Hadid, this remarkable complex has fluid concrete surfaces coated with aluminum panels and illuminated at night by pulsing LEDs. Sections of the city’s ancient fortress walls are incorporated into the DDP’s grounds, while the inside contains design exhibitions, shops, and restaurants.

Insider tip: Head to the outdoor terrace on the 8th floor of the neighboring Doota shopping mall for knockout elevated views of the DDP.

Dip your feet into a revived waterway 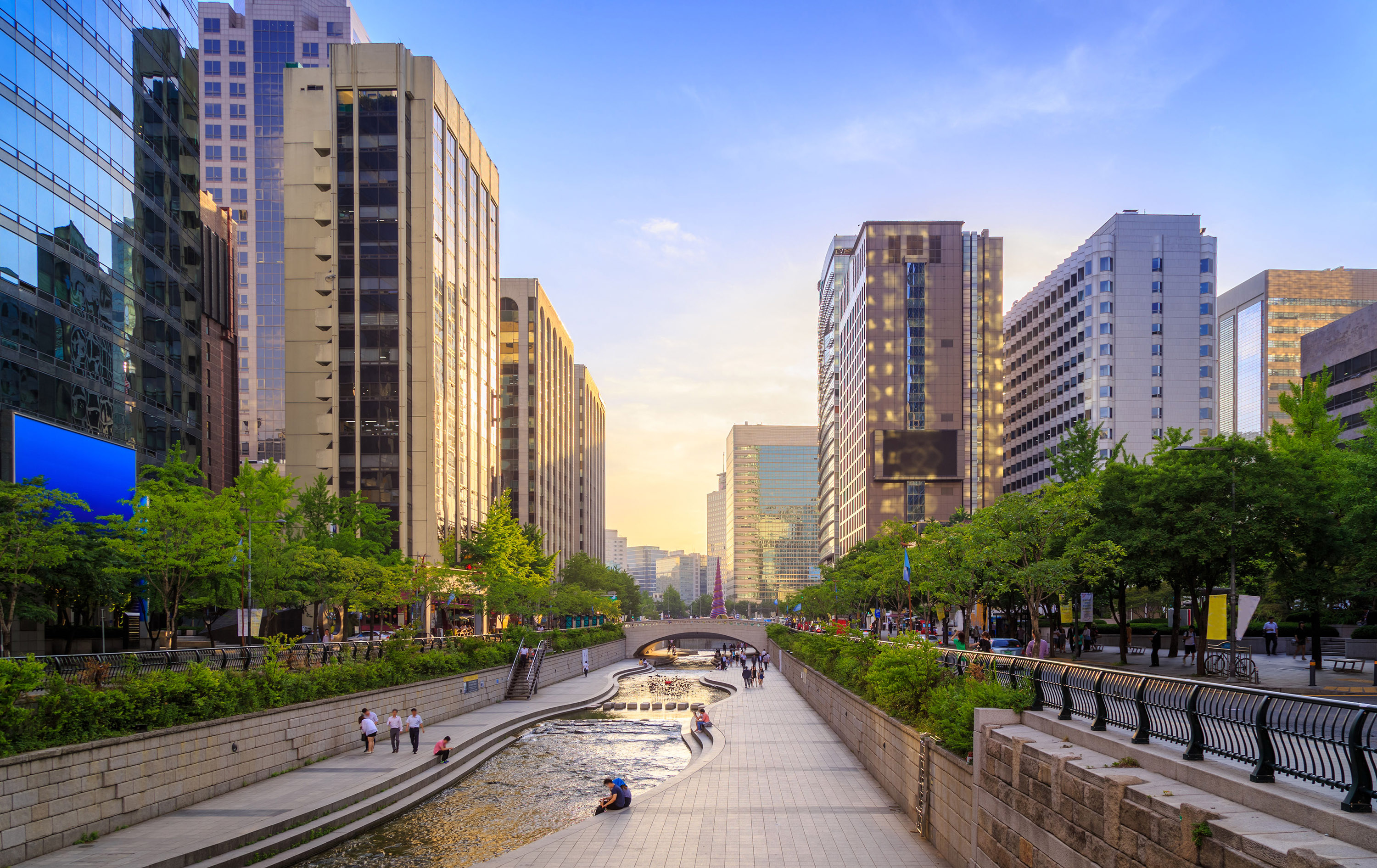 For nearly 45 years, the Cheonggyecheon stream was buried beneath concrete and a raised expressway in central Seoul. Daylighting the stream in 2005 was enormously expensive, but worth it for the beautiful linear park that now borders the sunken channel. In this natural haven, the people of Seoul unwind and cool off on humid days as grey herons hunt for fish in the rippling waters. The stream’s course is also dotted with public artworks, including a 192-meter painted mural depicting a grand 18th century royal procession.

Insider tip: The Cheonggyecheon is a great walking route between Dongdaemun and the arts and crafts shopping area of Insa-dong.

Meander along an old railway line

Opened in 2016, the four-mile Gyeongui Line Forest Park runs through the lively university neighborhoods of Hongdae and Sinchon in the west of Seoul. The park has different themed areas, with one section highlighting the printed word, as it’s in a part of town where publishing is the main industry. 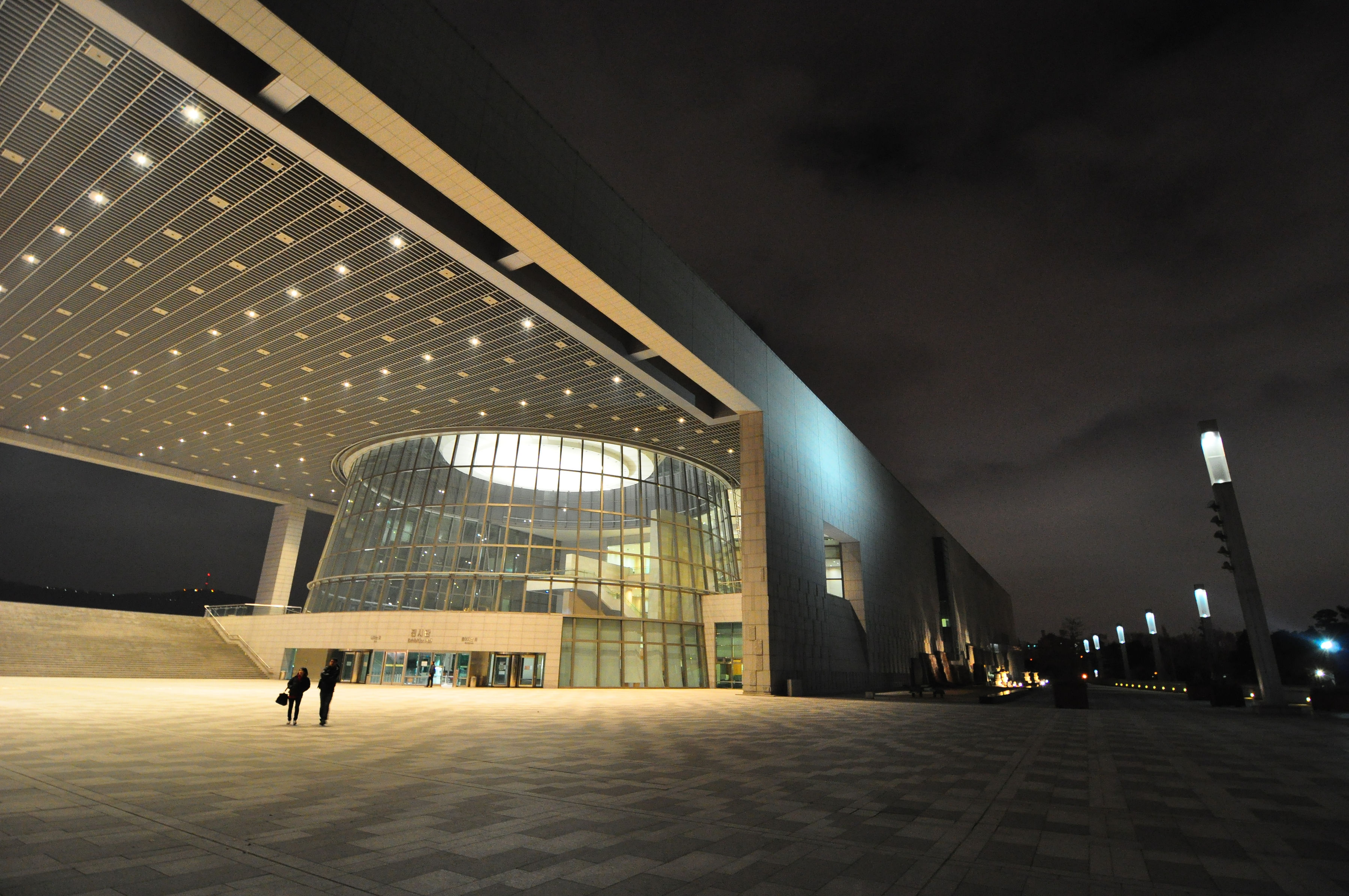 Masterpieces of Korean creativity, including significant religious and cultural artifacts, are displayed in the mammoth National Museum of Korea. The museum building, a modernist interpretation of a traditional fortress, is surrounded by a park with a pond and waterfall. Dominating the central concourse, and visible from all the museum’s floors, is the 10 story Gyeongcheonsa Temple Pagoda, carved from marble in the 14th century. At certain times of day, a light show animates this national treasure.

Insider tip: Hour-long English-language tours of the museum leave from the Great Hall lobby at 11am and 2pm. 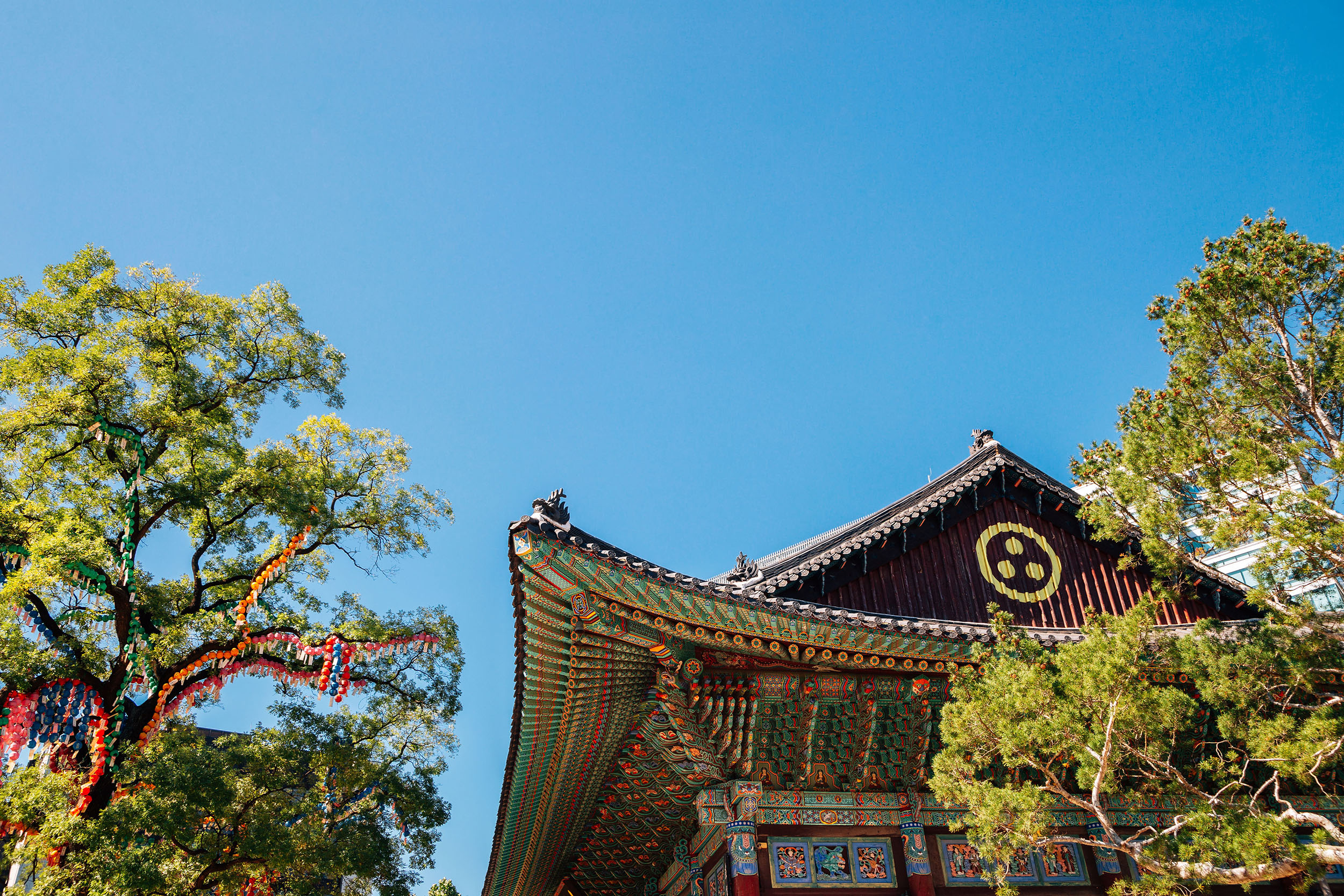 Jogyesa, the headquarters of Korea’s largest Buddhist order, may not be particularly big or ancient, but it’s beautifully decorated both inside and out with painted woodwork, and the main Worship Hall houses three giant gilded Buddha statues. For a taste of the Buddhist way, sign up for Jogyesa’s Temple Life program, which includes a tour of the complex, meditation practice, a tea ceremony, and lessons on making lotus lanterns and prayer beads.

Insider tip: Jogyesa is even more colorful and atmospheric during the spectacular Lotus Lantern Festival, which takes place in the week before Buddha’s birthday on the 8th day of the 4th lunar month, featuring an evening parade of illuminated floats through the heart of downtown Seoul.

Thanks to a catchy pop song, Gangnam has become world-famous. Generally referring to the area of Seoul south of the Han River, Gangnam is teeming with modern shopping districts, including Apgujeong-dong, home to the high-end department stores Hyundai and Galleria. Also, be sure to swing by the vast Starfield COEX Mall, where the Starfield Library forms a 43 ft bookish backdrop for selfies and you can catch up with the latest Korean movies at the 17-screen multiplex Megabox COEX. 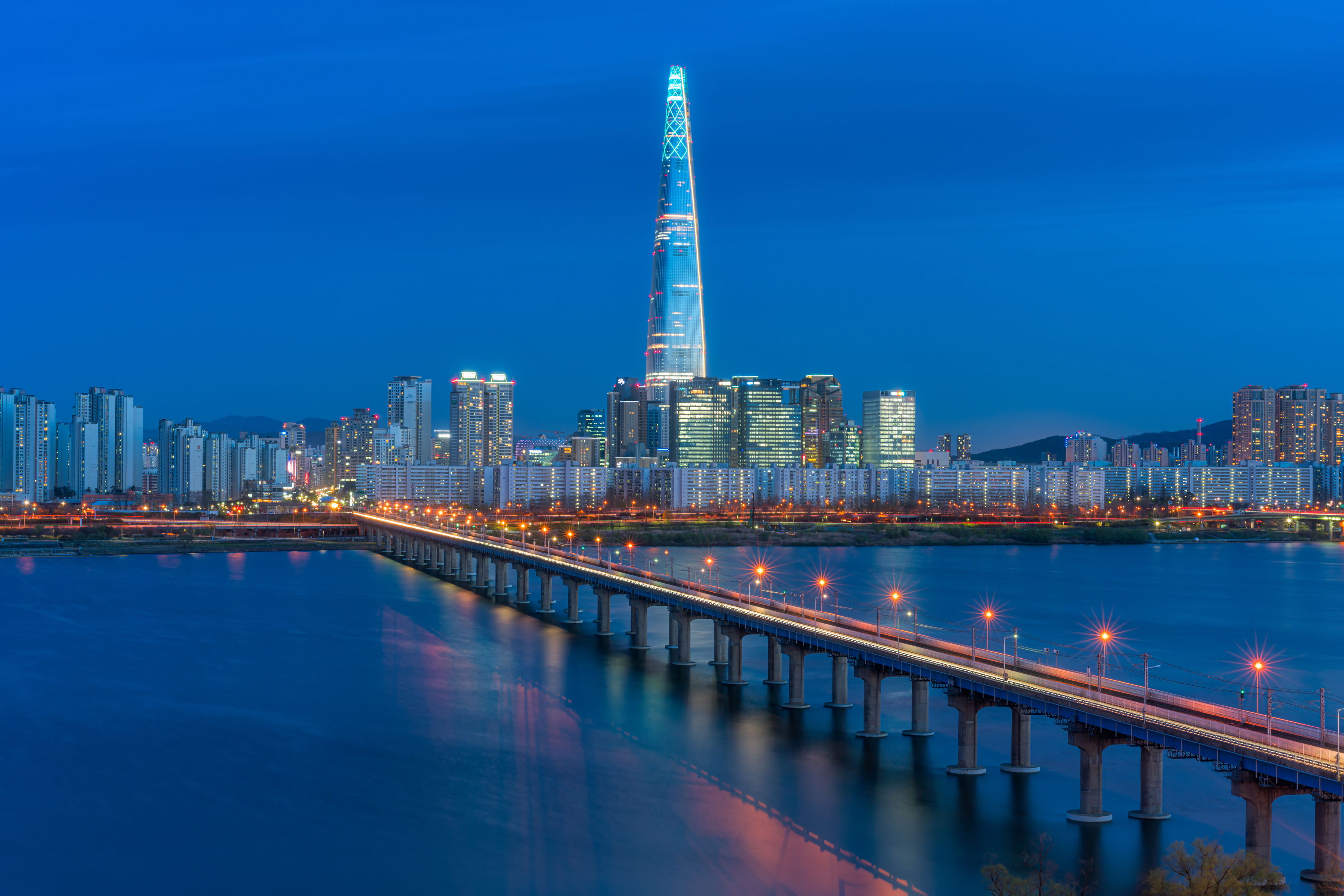 Insider tip: Nearby, soaring skyward from the Lotte World mall, is the 1,820 ft Lotte World Tower. Enjoy a cocktail and bird’s-eye views from the observation floors near the peak of Korea’s tallest building.

There’s no shortage of upmarket dining opportunities in Seoul, but for an authentic taste of rustic Korean cuisine, an evening trip to Gwangjang Market is highly recommended. Known for its wholesale stalls that specialize in second-hand clothes and fabrics, Gwangjang is most famous for its food vendors serving up superb renditions of street-food favorites, like tteokbokki (rice cakes stir-fried in a spicy sweet sauce) and bindaetteok (crispy pancakes, made from ground mung beans).

Insider tip: The central Insa-dong and Myeong-dong districts are great spots for street food, too. Look out for pojangmacha (tarpaulin tent bars), where you can also sip beers and soju, a vodka-like spirit, with locals.