London has become one of the world’s major food hubs, attracting chefs from every corner of the globe to set up shop and cater to the never-ending stream of tourists lured by the city’s culinary diversity. But it hasn’t always been this way, so let’s take a look at the city’s foodie roots and explore what makes it stand out right now.

The taste of tradition

Before the turn of the millennium, London sat in the shadows of culinary heavy hitters like Paris, Tokyo, and New York, and there was a general perception that British cooking was all about big portions of hearty food designed to get Brits through the cold, dark days, of winter.

But in the kitchens of 1990s London, chefs like Marco Pierre White, Gordon Ramsay, and Marcus Wareing were taking classic British recipes and putting them through a contemporary lens, aided by a pinch of classic French technique. For years now, culinary institutions like Wiltons, The Ivy, Goodman, J. Sheekey, and Petrus by Gordon Ramsay have been flying the flag for solid British cooking. Each has an old-world charm that focuses on what makes the UK's food so appealing. It's seasonal, simple, and stripped-down.

Meanwhile, a wave of immigrants from the Indian subcontinent were bringing authentic cooking to the streets around Whitechapel in the east of the city. Today, it’s a thriving community that attracts a lot of hungry Londoners—most of whom make a beeline for Tayyabs. This cavernous, no-reservations joint specializes in tandoori kebabs, which arrive piled high on top of fluffy flatbreads, along with spicy dahls and authentic curries. It’s a fantastic option for kick-starting a night out on nearby Brick Lane.

Prepare yourself for some seriously hearty cooking in the capital. 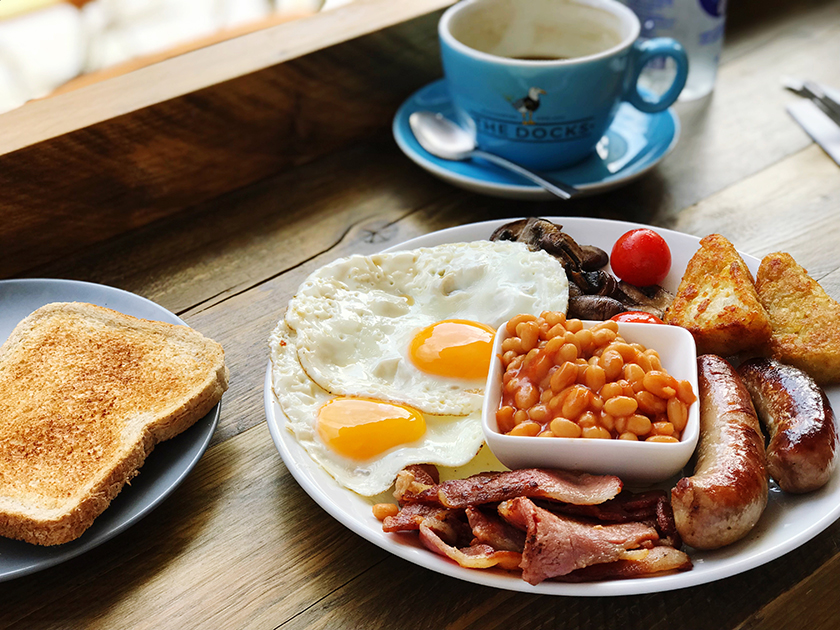 Full English breakfast: “Greasy spoons” abound in London, but it’s worth starting the day with a quality fry-up to see how good it can be. Cecconi’s in Mayfair is only beaten by Riding House Café in Fitzrovia in our opinion, both use the very best ingredients and don’t overdo the portions. 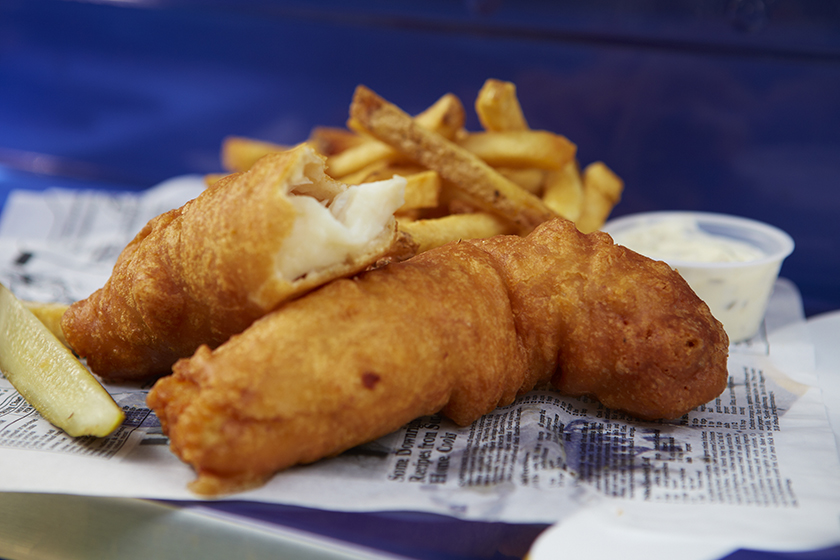 Fish and chips: Despite how much of an English staple it is, only a handful of places really do it properly. It’s all about light, crispy batter and home-cut chips cooked in fresh oil, then doused in salt and vinegar. Every neighborhood will have a decent “chippy,” but nowhere elevates this humble dish like J. Sheekey in Covent Garden. 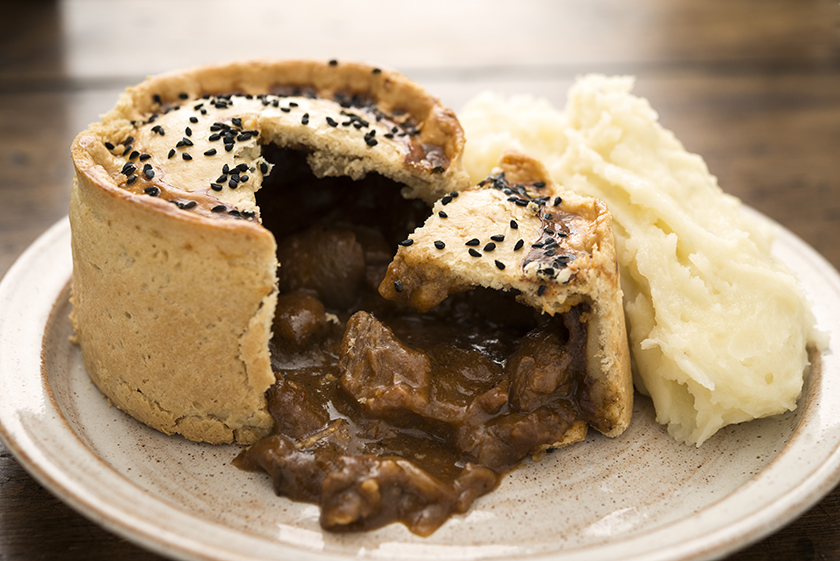 Pie and mash: Pies have been a staple of the British diet for centuries and come stuffed with classic fillings like steak and kidney, chicken and mushroom, and cheese and potato. Every pub menu will feature a pie or two, topped with a short-crust or puff-pastry lid and served with creamy mashed potato. 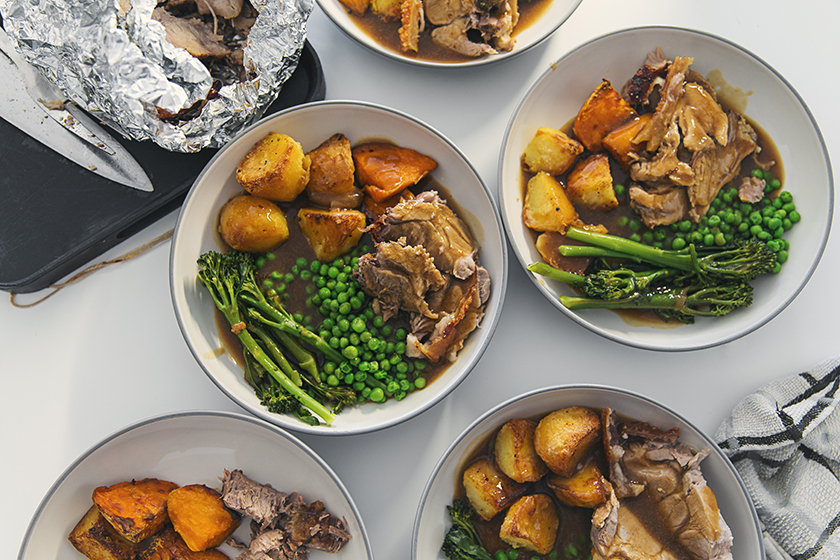 The Sunday roast: Chicken? Beef? Lamb? Pork? This is the only decision that should be made on a Sunday in London. Long lunches with plates piled high with roasted meat and veg, accompanied by a few pints, is a very London tradition and we think any of the seven Hawksmoor branches scattered around London do it best.

The taste of the future

An intimate 12-seat table that’s one of the most food-forward supper clubs in the world. A cloud-scraping Chinese hotspot that’s straight out of Hong Kong. A glinting bistro that gives Paris a run for its coq au vin. An experimental kitchen table tucked behind a hotdog joint. A minimalist dining concept that could have been foraged from the woods of Scandinavia. Over the last decade, the capital has become one of the most varied, exciting, and forward-thinking food scenes on the planet.

To keep up with the relentless change of pace in New York, LA, Paris, and Hong Kong, the capital needed a spark, and it came by way of young, inspired chefs like Ollie Dabbous, Jason Atherton, Simon Rogan, Clare Smyth, and Angela Hartnett. Having cut their teeth in the world’s top kitchens and trained under London legends, they left the nest with a pantry full of ideas, skills, and experience that quickly translated into a new-style British cuisine. Suddenly, London diners were tucking into pared-back, contemporary interpretations of the dishes they thought they knew.

It’s thanks to this food revolution that once humdrum areas like Fitzrovia and Mayfair now have streets lined with some of the best restaurants in Europe. Head to Charlotte Street for forward-thinking cooking from the likes of ROKA and LIMA; while Mayfair’s Sexy Fish and Trishna are worth every ounce of hype that swirls around them. 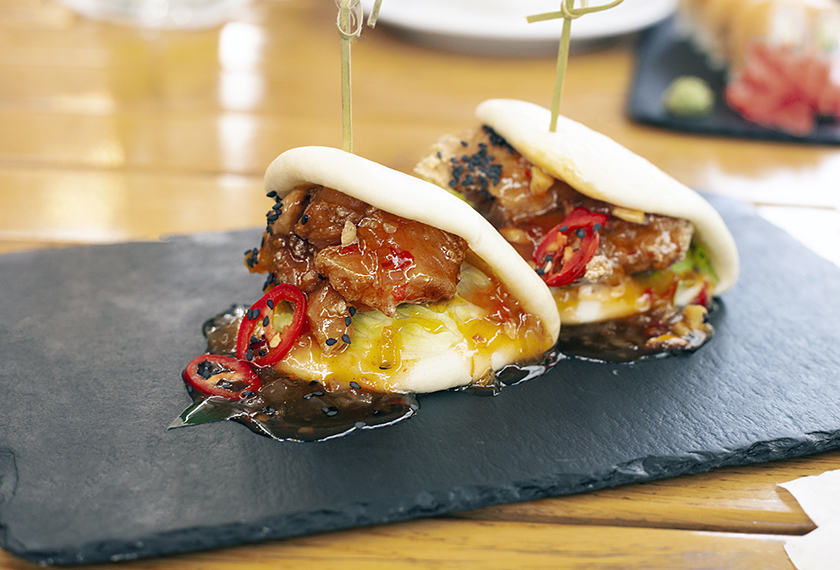 Meanwhile, Soho has undergone is umpteenth revival and almost every block has a snake of hungry diners awaiting their turn to get a taste of the next big thing. Places like Hoppers and BAO are the no-reservation success stories that took East Asian cooking and kicked it into the modern day.

And bubbling underneath all of this is a wave of street food vendors and pop-ups testing their concepts on hungry diners before they find a permanent home and start pushing the boundaries even further. These start-ups soon become the next generation that continue to carry the baton for the melting pot of global flavor, technique, and experimentation that makes London’s food scene so incredibly diverse and utterly delicious.