Charging Bull has long been the symbol of Wall Street and a must-see landmark for anyone visiting the Financial District. The recent addition of Fearless Girl, a statue that stares down the bull, has made this an even more sought-after spot for sightseeing and selfies.
Broadway & Morris St., New York, 10004

Come to reflect and pay your respects at the 9/11 Memorial, which occupies the footprint of the former World Trade Center. The memorial is made up of two large reflecting pools fed by massive waterfalls and bordered by the names of people who lost their lives in the 2001 and 1993 attacks.

Peaceful and beautiful, Trinity Church offers a serene spot amid the bustling streets of New York’s Financial District. With a parish history going back more than 300 years, this small church is admired for its intricate architecture and vivid stained glass windows.

Travel across the New York Harbor while you take in the city skyline and views of the Statue of Liberty. The Staten Island Ferry runs 24 hours a day, seven days a week and rides last about 30 minutes. If possible, avoid taking the ferry during weekday rush hours, as it’s typically filled with commuters.

Whether you’re in the mood to walk or sit, Battery Park is the perfect place to unwind and recharge. Find a bench beneath a shady tree and enjoy views of Manhattan’s waterfront, including the Statue of Liberty. Or go for a stroll and enjoy the many sculptures and street performers who flock to the park.

Walk or ride your bike across the approximately one mile Brooklyn Bridge and you’ll be rewarded with spectacular views of the city. Along the way, there are plenty of spots to snap photos of the skyline—just be conscious of where you stop, since it’s a hotspot for tourists and cyclists. 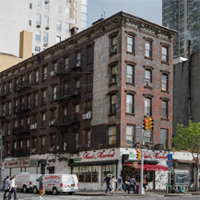 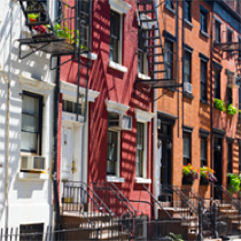 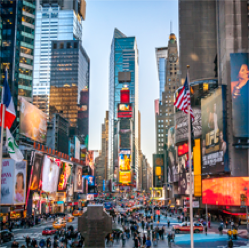