If you’re visiting the capital for long enough, we recommend setting aside a day for exploring the beautiful countryside that circles the city. From wild coastal walks in Kent to scenic river walks in Essex, you can jump on a train and be surrounded by nature in just one hour or two. Check out our hand-picked selection of spring and summer activities that’ll give you a glimpse of England’s pastoral charms. 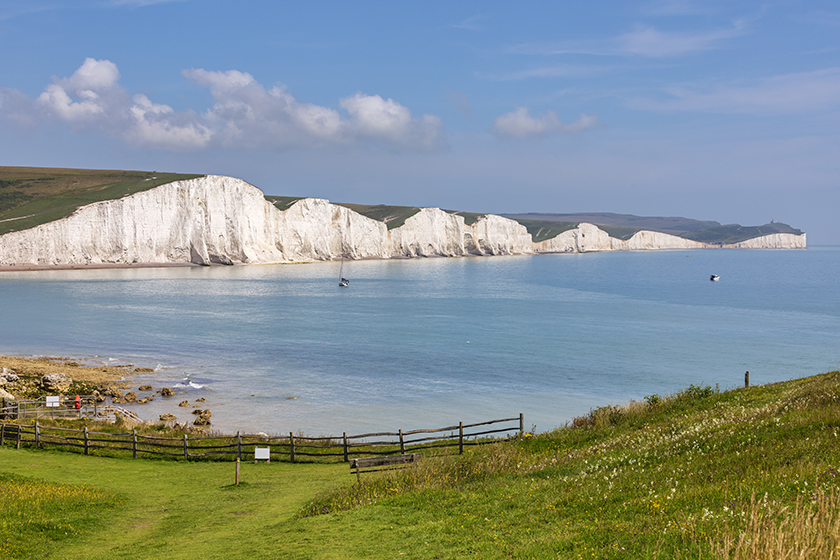 Brave the elements at Birling Gap

Famous for its row of houses that are slowly crumbling into the sea, Birling Gap in East Sussex offers dramatic views, either from the pebble beach (accessible via a sturdy metal staircase) or the heights of the Seven Sisters, a series of chalk cliffs. Needless to say, keep away from the cliff edge. Not only is it eroding away, but the winds can also be fierce with sudden gusts. The area boasts some stunning coastal walks for all abilities, too, so it’s worth following the meandering Cuckmere Estuary for a gentler option. 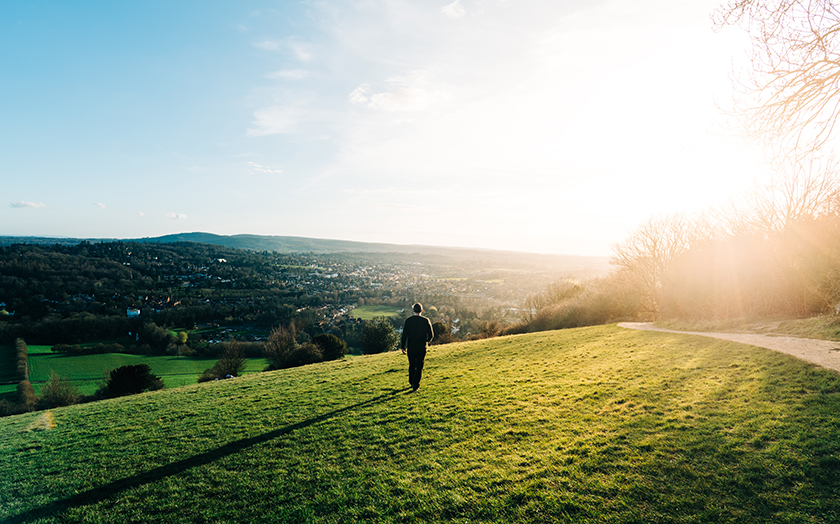 Enjoy a more scenic side of Box Hill

Famed among cyclists for its steep, challenging ascent, Box Hill is a summit along the North Downs (reaching 224m at its highest point). But for those who prefer a more leisurely day out, it also boasts spectacular views and picnic spots, overlooking the banks of the River Mole below and the Surrey countryside beyond. The western part of the hill is owned by the National Trust, with a visitor center, cafe, and gift shop. The slopes are also home to some 38 different species of butterfly.

A 29 mile stretch along the Essex Strait, the Thames Estuary Path snakes through some of the county’s most dramatic landscapes - from a tapestry of mudflats in the south and Tilbury’s industrial docks, to the cockle-shed bays that bid the Thames goodbye in Old Leigh. Positively brimming with biodiversity, a crisscross of bubbling creeks and clay-like marshes dominate this low-lying riverscape. The walking trail can easily be broken up into manageable sections, from 30 minute ambles to half-day stomps.

Insider tip: Show some love for the environment and consider leaving your car at home. Stations along the London Fenchurch Street to Shoeburyness serve the route. 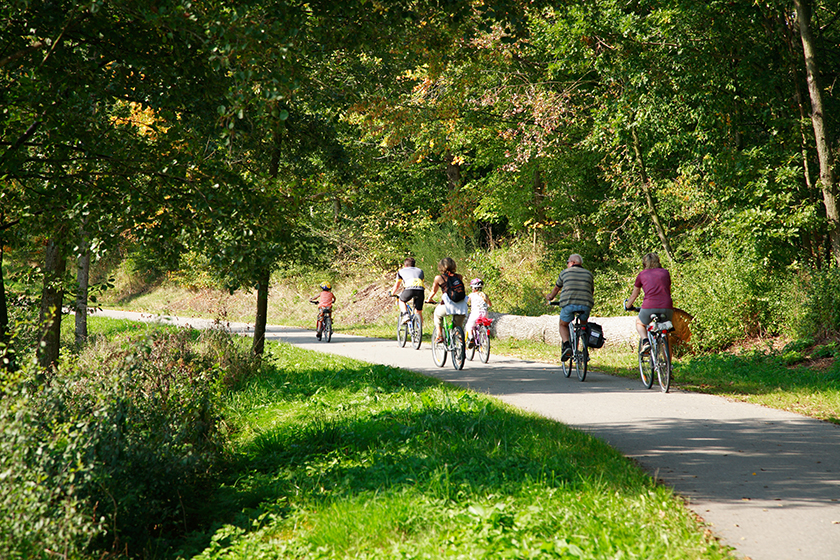 Follow the cycle trail of kings in New Forest

The name of New Forest is slightly misleading. It dates to the time of William the Conqueror, when land containing 20 hamlets was combined to produce a royal forest, and remains one of the largest areas of unenclosed pasture, heath, and forest in England. With more than 100 miles of dedicated, waymarked cycle routes, the area is best explored by bike which allows you to observe more easily the deer, heathland birds, and more than 1,000 ancient trees. 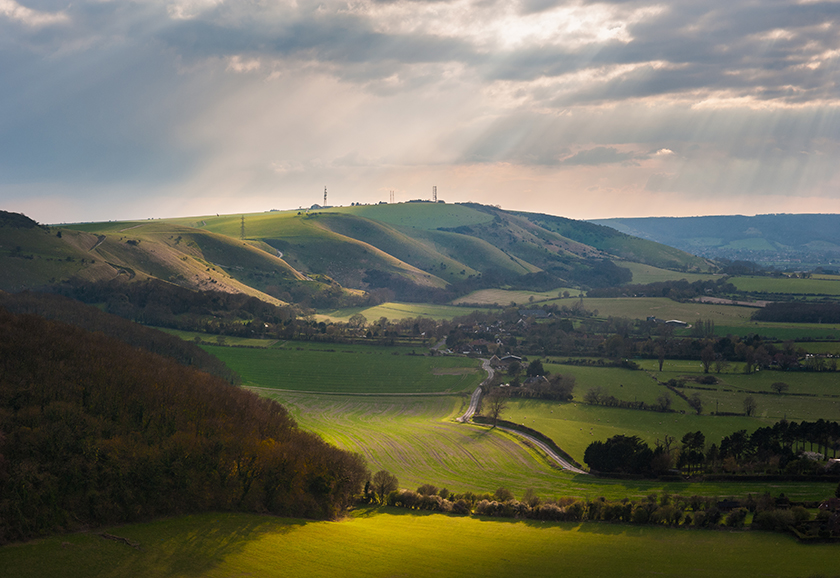 Trek along the South Downs

You don’t have to take in the entire 100 mile route of the South Downs Way, which stretches from Winchester in Hampshire at its westernmost tip to Eastbourne in East Sussex. The long-distance footpath and bridleway follows a series of ancient paths and tracks that have been traversed for more than 8,000 years. As well as spectacular views of the southeast and the channel, there are several sites of historical interest along the way, ranging from chalk carvings to a series of pill boxes and other coastal defenses dating from the Second World War.

Insider tip:  The South Downs Way includes trails that follow converted railway lines including Centurion Way and the Meon Valley Trail that are suitable for cyclists. 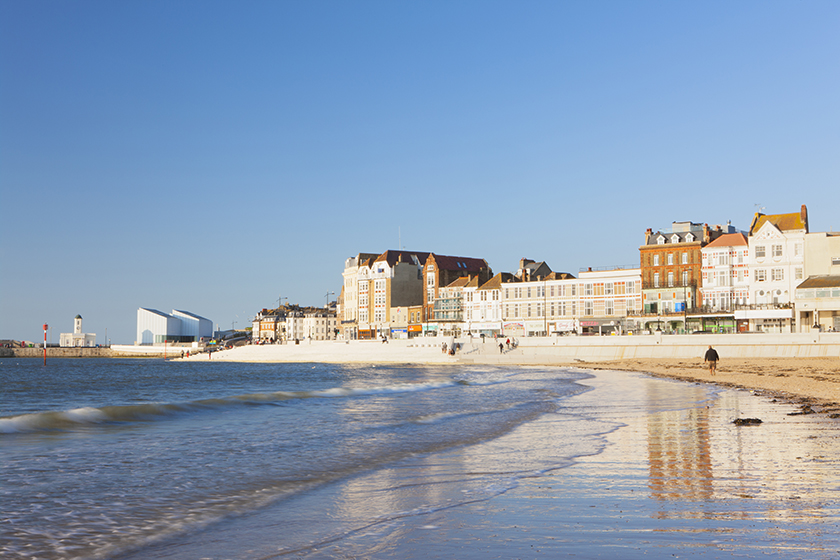 Thanks largely to the Turner Contemporary gallery opening in 2011 (named after former resident, the artist JMW Turner), Margate has enjoyed something of a revival over the past decade. As well as the impressive exhibitions housed there, art fans can also visit the nearby Carl Freedman Gallery for free (spoiler: artist Tracey Emin CBE, RA is also turning her studio into another gallery next door). Meanwhile, the revamped traditional amusement park of Dreamland, with its Grade II-listed wooden rollercoaster, is a must for kids of all ages.

Insider tip: Direct trains run every 10-15 minutes from London St Pancras station throughout the week. For the best value tickets, purchase a day return and try to travel between 9:00 AM to 5:00 PM to avoid peak times.

A mixture of wetland and woodland habitats, Woods Mill forms the headquarters of the Sussex Wildlife Trust and is the ideal place from which to explore a perfectly preserved slice of ancient countryside. Amid its 47 acres, you can discover a range of meadows, wild hedgerows, woods, streams, ponds, and waterways as well as an impressive array of birds, mammals, insect, and amphibian species. Please note that due to the delicate balance of wildlife, dogs are not allowed in Woods Mill.

Insider tip:  There is no charge to visit, although donations are encouraged. Don’t miss the environmental education center, birdwatching hide, and Horsebox Café for a spot of lunch.