Discover how Latin American immigration, the glitz of the 1920s, and a group of young chefs have shaped Miami’s eclectic dining scene. 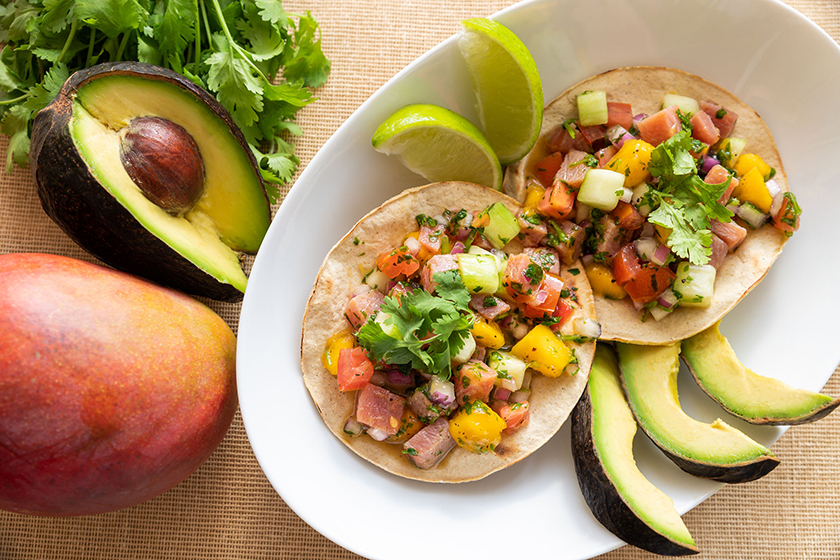 Many cities pride themselves on the diversity of their food scenes, but few can rival Miami when it comes to the melting pot of flavors from Latin America and the Caribbean. Add traditional Southern cooking, a touch of European technique, and a passionate group of young chefs to the mix, and you get one of the most exciting places to eat in the U.S.

Until the 1960s, the food in Miami differed little from towns and cities across Florida and other Southern states. All that changed with the arrival of thousands of Cuban immigrants looking for work and a slice of the American dream. During the 1960s, the area west of Downtown now known as Little Havana became important to the immigrant community. This district is still the epicenter of Cuban life in Miami, and the family-run Versailles (3555 SW 8th Street) is where locals go to enjoy a cup of Cuban coffee, savor empanadas, and share ropa vieja with family.

Overall, Miami has become a melting pot of Latin and Caribbean cultures, resulting in some of the most varied cuisine in the U.S. You can find dishes as diverse as Peruvian ceviche at local favorites like CVI.CHE 105, authentic Mexican street food, and Uruguayan grilled meats at places like Quinto La Huella (788 Brickell Plaza).

Of course, all-American classics still shine and no visit to Miami is complete without lunch at Joe’s Stone Crab (11 Washington Avenue). This Miami institution discovered the tasty crab more than 100 years ago, and you can still crack into piles of claws at its iconic South Beach location. For more excellent seafood and waterfront views, grab a table at least one week in advance at Amara at Paraiso (3101 NE 7th Avenue), a popular spot run by Michael Schwartz, the James Beard Award-winning chef. For a taste of traditional Southern cooking and delicious fried chicken, head over to Miami Beach’s Yardbird Southern Table & Bar (1600 Lenox Avenue). 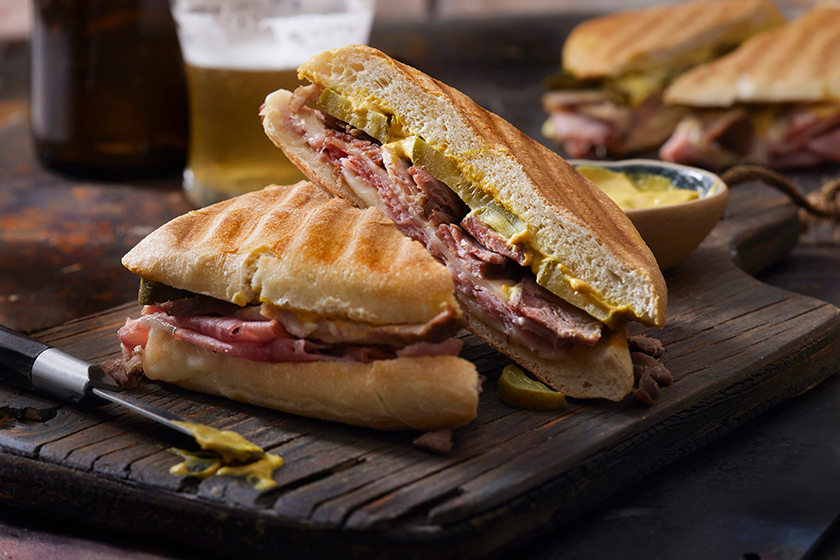 Cuban sandwich – These sandwiches are stacked with ham, roast pork, Swiss cheese, pickles, and mustard. Some places even add salami for good measure. Once a popular lunch option for immigrant workers in the cigar factories, it’s now found at street stalls and cafes across the city. 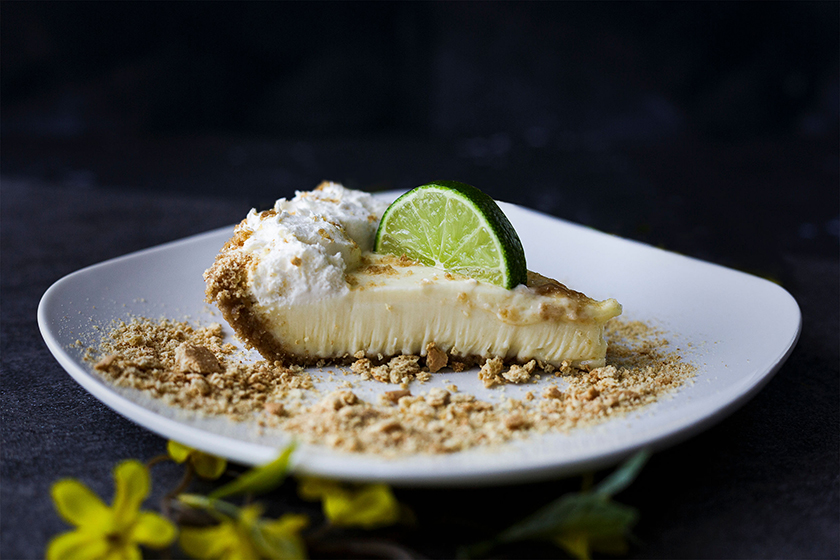 Key lime pie – There’s no need to make the trek to the Florida Keys to sample excellent versions of this legendary dessert. From neighborhood bistros to Michelin-starred temples of haute cuisine, you’ll find it on every type of menu. The zingy filling of yellow Key lime juice, condensed milk, and egg yolks is slowly baked on top of a cracker crust, and some cooks add a fluffy meringue topping for extra indulgence. 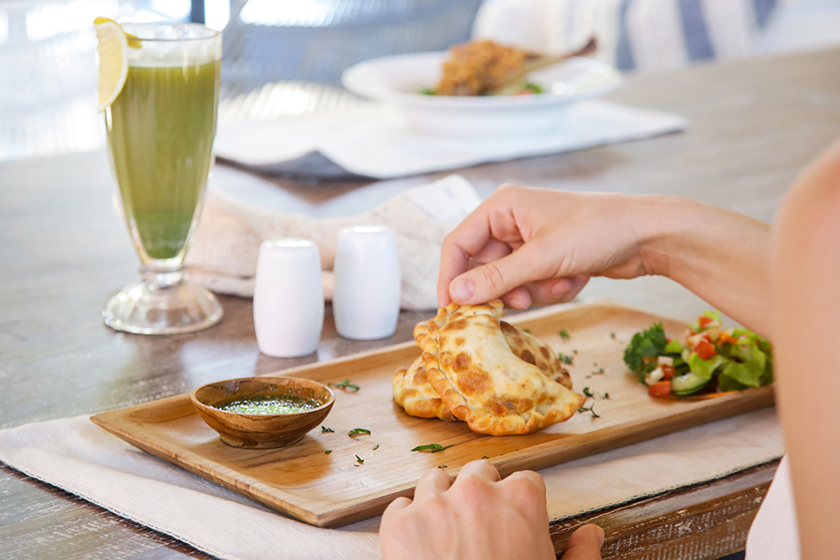 Empanadas – A popular late-night snack for the party people, these pastries are either fried or baked and come packed with any combination of chicken, beef, ham, spinach, and cheese. For the most authentic, join the line at Versailles in Little Havana, where they’re best combined with a portion of yuca fries served with a flavorful cilantro sauce. 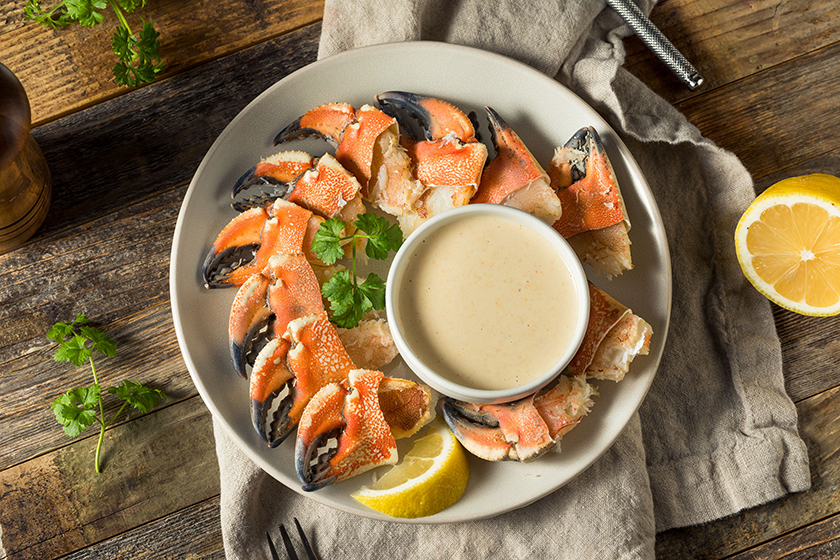 Stone crab claws – Be prepared to spend big money on this prized South Florida seafood, which has a limited season between October and May. While pricey, you'll quickly forget about the cost when you’re cracking through the shell to get to that sweet crab meat and dipping it into a punchy mustard sauce. 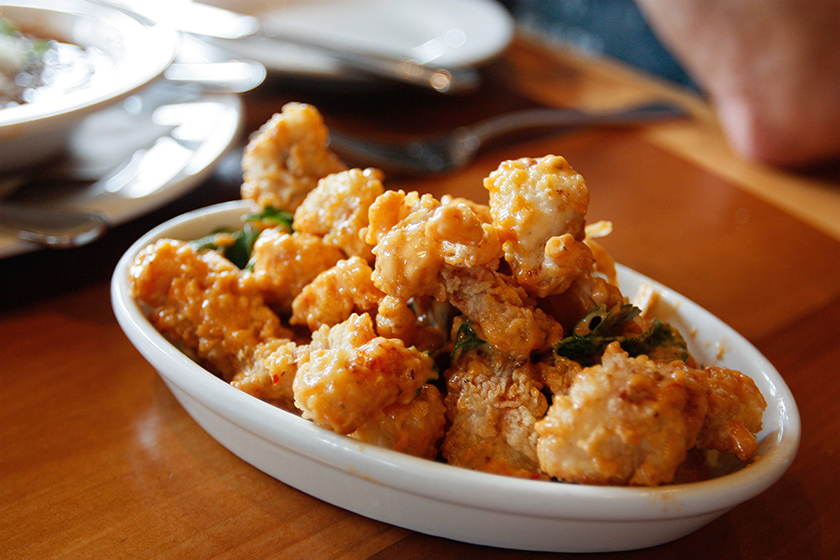 Alligator bites – While you may be satisfied with spotting alligators from the safety of a river boat, this is great dish to try out if you’re feeling adventurous. Described as a cross between chicken and fish, it’s a unique flavor best enjoyed at Kush Wynwood (2003 N Miami Avenue), where small chunks of meat are lightly fried and served with spicy mayonnaise.

Since the golden days of the 1920s, Miami’s shorefront hotels have been popular dining destinations, with guests taking the elevator to some of the most cutting-edge spots of their day. This trend continues today, with every five-star hotel trying to outdo the other with big-name chefs and forward-thinking concepts. Thankfully, you don’t need to be a guest to make the most of these locations. Fail-safe options include contemporary Japanese cooking at Zuma at the Kimpton EPIC (270 Biscayne Boulevard Way), dim sum and noodles at Hakkasan at the Fountainebleu (4441 Collins Avenue), and modern Mexican La Mar by Gaston Acurio at the Mandarin Oriental (500 Brickell Key Drive).

Away from South Beach, Miami’s other districts have been attracting up-and-coming chefs looking for cheaper rent and an open-minded crowd of diners. Famed for its street art and food trucks, Wynwood offers plenty of choices when it comes to dining out. The popular 2nd Saturday Art Walk is essentially one big block party, with DJs in the evening and a fantastic opportunity to sample some of the city’s most exciting cooking.

Further south, Coconut Grove is one of the fastest growing culinary neighborhoods. Until ten years ago, it was overrun with chain restaurants, but the tides have turned with local restaurants opening all over the area. Don’t miss Jaguar (3067 Grand Avenue) for terrace dining and plates of delectable shrimp ceviche, fiery pork tacos, and beautifully chargrilled octopus.

The variety and energy of Miami's food scene is also starting to attract the attention of chefs from other major cities. Many of the hottest newcomers are offshoots of incredibly popular restaurants in New York, LA, Chicago, and beyond.